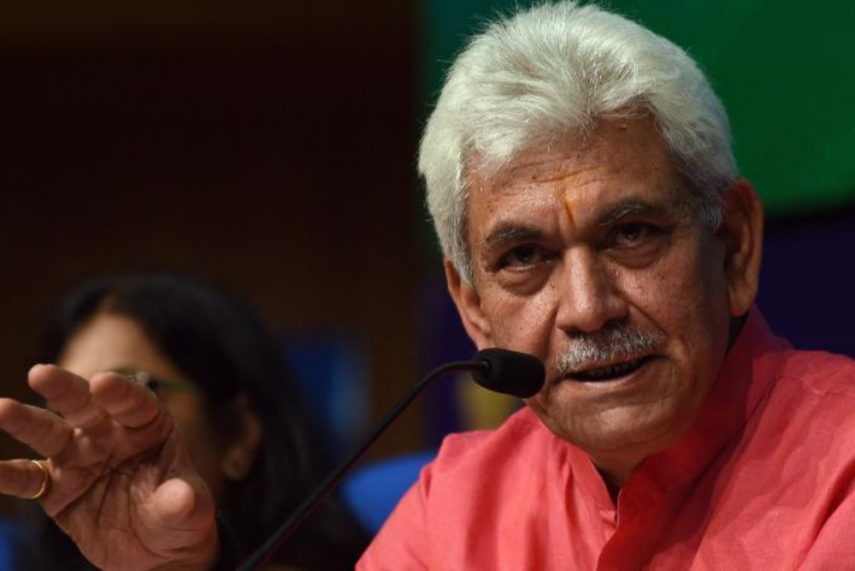 “We must ponder what we have achieved in the past and what zenith we have to take Jammu and Kashmir to in the coming 25 years. 75 years ago our great freedom fighters had set some ideals, some goals for the people. Last year, on this pious occasion, I had shared with you the ideals of revered Shri Atal Bihari Vajpayee ji - Insaniyat, Jamhooriyat and Kashmiriyat. By following the path shown by him, we are trying to implement comprehensive and constructive programmes for social equality in Jammu and Kashmir,” Sinha said.

“The grass-root democracy has been strengthened, fulfilling the hopes and aspirations of the common citizens. With the spirit of Kashmiriyat i.e. taking along all religions and creeds on development odyssey, we are achieving new milestones,” he added.

On April 18, 2003, as Prime Minister, Vajpayee addressed a public rally in Srinagar along with the then Chief Minister Mufti Mohammad Sayeed. In the rally, Vajpayee stated that issues need to be resolved through dialogue and the dialogue should take place on the basis of justice and Insaaniyat.  Later on April 23 in the Lok Sabha, Vajpayee elaborated his Srinagar statement saying that he assured the people of Jammu and Kashmir that all issues would be resolved through talks and three guiding principles for the dialogue will be insaniyat (humanity), jamhooriyat (democracy)  and Kashmiriyat (syncretic culture of Kashmir.” The phrase stuck as various leaders from the mainstream parties and a section of leaders from separatists parties were using Vajpayee’s slogan to urge for dialogue.

Sinha said he was proud that Jammu and Kashmir Police has received 257 gallantry awards including Ashok Chakra, Kirti Chakra and Shaurya Chakra on the eve of Independence Day.

“We have decided that various places and institutions will be christened in the memory of freedom fighters, brave soldiers and personalities from different fields who have made an invaluable contribution to the progress of Jammu and Kashmir. This will inspire the coming generations to become their worthy successors,” he added.

Without naming properties of Kashmiri Pandits sold over the years, he said the administration has decided to constitute a mechanism to provide justice to those families, “whose properties have been illegally bought under pressure or encroached upon by certain elements.”

“I request all citizens to support the administration in this effort and set a new example of brotherhood for this universe,” he said.

Without naming Pakistan, Sinha said, “the neighbouring country, which does not care for its own people, has been making a malicious attempt to instigate some of our youth.  I call upon such misguided youngsters, that terrorism is a curse for peace and development. By misguiding you from the path of peace and progress, inimical forces are denying you the life of peace and dignity on this pious soil.”

About the contentious land laws which are being opposed by pro-India mainstream parties, he said, “certain anti-national and anti-development elements are trying to incite the sentiments of the people regarding the new land laws.”

“Changes have been made in the regressive land laws for the welfare of farmers because they needed permission even to plant and cut an apple orchard on their own land. A farmer with less than 4 Kanals of cultivable land was denied the high-density plantation. By removing all these discrepancies, a progressive and development-oriented system has been implemented. We are determined to improve the standard of living of 70% of people dependent on agriculture.,” he added.