Modi said his government is focused on removing the barriers which were preventing the country from achieving its potential and will continue with the pace of reforms and deregulation. 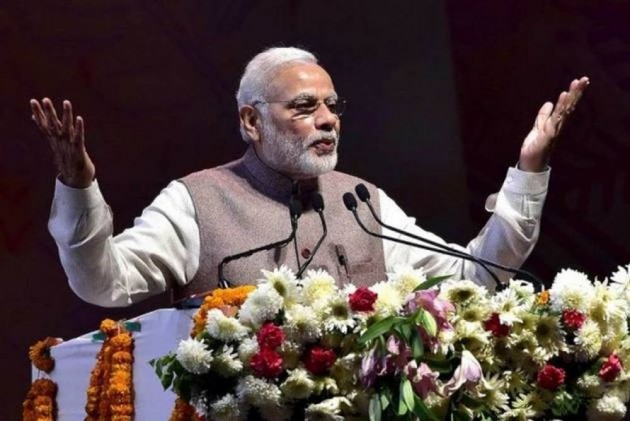 "I have asked my team to work harder so that India is in the 'Top 50' list in ease of doing business next year," Modi said in his inaugural address at the 9th edition of the Vibrant Gujarat Summit.

Modi said his government is focused on removing the barriers which were preventing the country from achieving its potential and will continue with the pace of reforms and deregulation.

The administration has worked with a focus to reduce government and enhance governance, with the mantra of 'reform, perform, transform and further perform', Modi said.

With an average growth rate at 7.3 per cent per year in the last four years, GDP expansion has been the highest since 1991, Modi said.

The Vibrant Gujarat Summit was conceptualised in 2003 by Modi who was then Gujarat chief minister to re-establish the state as a preferred investment destination within India.

The event has evolved into a platform for brainstorming on agendas of global socio-economic development, in addition to being a facilitator for knowledge sharing and forging effective partnerships.