The sweets were presented by the Indian Army personnel to their Pakistani counterparts at Chilehana Tithwal Crossing Point in The Tangdhar sector in north Kashmir's Kupwara district. 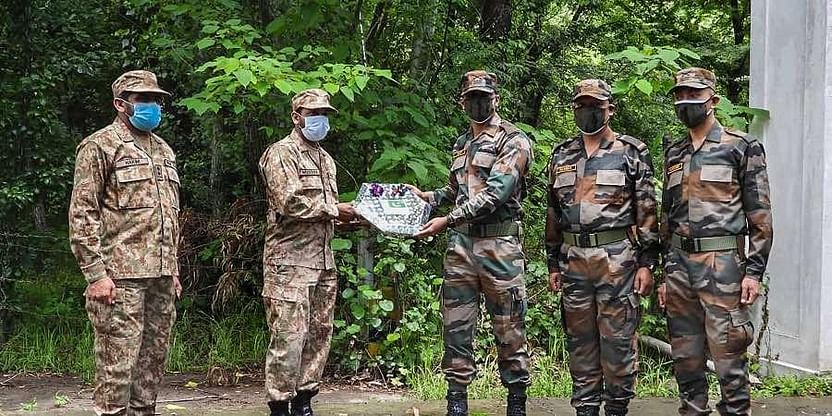 As a 'sweet gesture' to mark Pakistan's day of independence, army personnel of India on Saturday greeted their Pakistani counterparts and exchanged sweets along the Line of Control (LoC) in Jammu and Kashmir.

"On August 14, the Indian Army as a warm gesture, presented sweets to the Pakistan Army at Chilehana Tithwal Crossing Point to extend best wishes to Pakistan on their Independence Day displaying the will to maintain peace along the LoC," an army official said.

He said over the years, India has continuously endeavoured to strengthen the bilateral relations with Pakistan through goodwill gestures like this one across the spectrum to ensure peace and tranquility in the region.