This is the tenth time that India assumed the rotating Presidency of the United Nations Security Council after completing nine tenures earlier from 1950 to 2012. 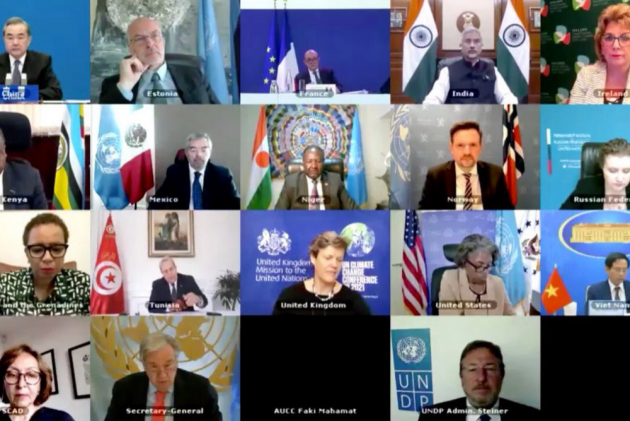 India on Sunday assumed the rotating Presidency of the United Nations Security Council for a month starting August 1. During its maiden Presidency of 2021-22 tenure as a non-permanent member of the Security Council, the country is expected to host signature events in three major areas of maritime security, peacekeeping and counterterrorism during the month.

The event marked the 10th time that India assumed the rotating Presidency after completing nine tenures before from 1950 to 2012.

During the presidency, India is expected to take up several issues that pertain to its core interests in the council.

Minister for external affairs S Jaishankar tweeted that India is looking forward to "working productively with other members".

"India will always be a voice of moderation, an advocate of dialogue and a proponent of international law," Jaishankar said.

As we take over UNSC Presidency for August, look forward to working productively with other members.

India will always be a voice of moderation, an advocate of dialogue and a proponent of international law. pic.twitter.com/kPRGnFOz87

“It is a singular honour for us to be presiding over the Security Council the same month when we are celebrating our 75th Independence Day,” Tirumurti said in a video message on the eve of India assuming the rotating Presidency of the powerful 15-nation UN body.

The first working day of India’s Presidency will be Monday, August 2 when Tirumurti will hold a hybrid press briefing in the UN headquarters on the Council’s programme of work for the month.

Tirumurti will also provide a briefing for member states of the United Nations which are non-members of the Council on its work for the month, according to a schedule released by the UN.

India and the UNSC

India’s two-year tenure as a non-permanent member of the Security Council began on January 1, 2021.

The August presidency will be India’s first Presidency during its 2021-22 tenure
India will again preside over the Council in December next year, the last month of its two-year tenure.

During its Presidency, India will be organising high-level signature events in three major areas - maritime security, peacekeeping and counterterrorism.

In the video message, Tirumurti said maritime security has a high priority for India “and it is important for the Security Council to take a holistic approach to this issue”.

Peacekeeping is a topic “close to our hearts, given our own long and pioneering involvement” with peacekeeping, he said, adding that India will focus on how to ensure the safety of peacekeepers, especially by using better technology and how to bring perpetrators of crimes against peacekeepers to justice.

As a country that has been at the forefront in the fight against terrorism, India will continue to keep the spotlight on counterterrorism.

Tirumurti said in the last seven months of India’s tenure in the Council, “we have taken a principled and forward-looking position on various issues. We have been unafraid of shouldering responsibilities. We have been proactive. We have focused on issues of our priority.”

“We have made efforts to bridge the different voices within the Council to ensure that the Council comes together and speaks in one voice on a variety of important issues of the day. This is what we will bring into our Presidency,” he said.