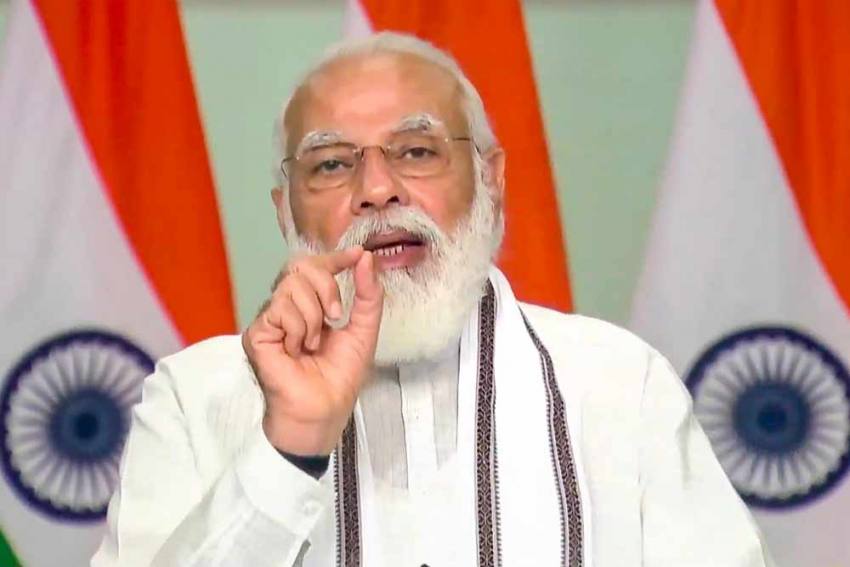 In his monthly 'Mann Ki Baat', Prime Minister Narendra Modi on Sunday urged people to adopt dogs of Indian breeds, while underlining the need for 'Aatmanirbhar Bharat' or Self-reliant India.

PM Modi urged people to raise dogs of Indian breeds at their homes if they consider keeping a pet dog. Indian breed dogs are being inducted by security forces as well, he said.

In this regard, he also highlighted the contributions of canines in general in thwarting numerous bomb blasts and terror conspiracies while mentioning a few incidents. Even in relief operations, dogs play a crucial role in finding out people buried under rubble.

The Hounds Of Hindustan

Addressing his monthly radio programme, Modi said, "Next time when you think of keeping a pet dog, then you must bring one of the Indian breed dogs home. When self-reliant India is becoming the mantra of the masses, then no area should be left behind."

Naming several Indian dog breeds like Himachali Hound, Mudhol Hound,  Rajapalayam, Kanni, Combai and Chippiparai, PM Modi said the cost of their upkeep was less and that they were accustomed to Indian conditions.

Prime Minister Narendra Modi also said that India has a talent and ability to become a toy hub for the entire world and called upon startups to work towards realising this potential while being "vocal about local toys".

He said the global toy industry is over Rs 7 lakh crore but India's share is very small, as he stressed on the need to work to increase it.

Modi called upon start-up entrepreneurs to 'team up for toys' and said it is time to get vocal for local toys.

The prime minister also said people have shown an unprecedented restraint and simplicity in their festivals during the COVID-19 pandemic.

He also hailed farmers for increase in sowing area for different grains.

"This is a time for festivals but at the same time, there is also a sense of discipline among people due to the COVID-19 situation...There is a close link between nature and our festivals," Modi said.

He also asked young entrepreneurs to develop computer games in and also about India.

In his address, Modi also noted that India will complete its 75 years of Independence in 2022 and suggested a host of measures to teachers to help bring to light contributions of thousands and lakhs of "unsung heroes" of the freedom struggle.

It is important that our youngsters are aware of them, he said.