The centre said the abolition of All India Handloom Board was part of 'Minimum Government and Maximum Governance.' 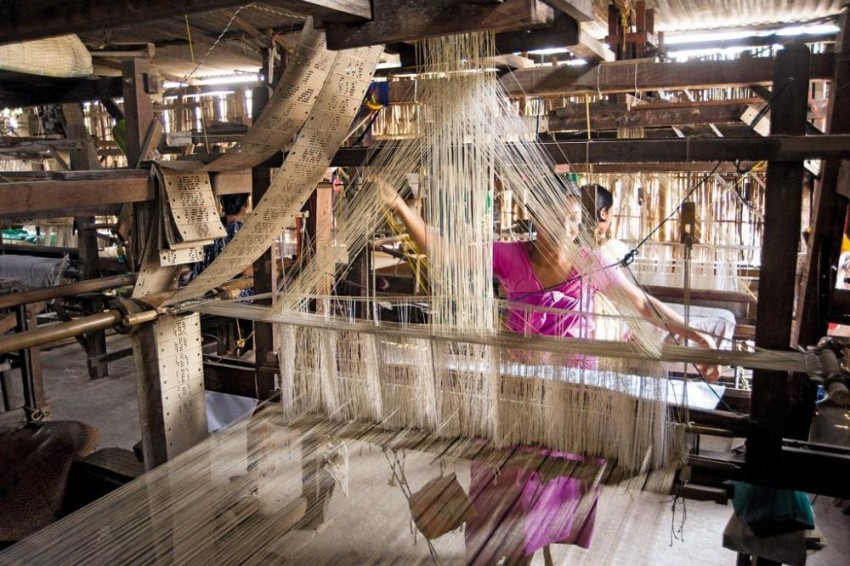 In a "quiet" move, the Union Ministry of Textiles abolished the All India Handloom Board (AIHB) in the last week of July, taking those associated with this industry by surprise.

The news of abolishing the Handloom Board came to fore days ahead of National Handloom Day,  August 7 -- a day when Prime Minister Narendra Modi lauded those associated with, what he called,  “India's vibrant handloom and handicraft sector”.

"On National Handloom Day, we salute all those associated with our vibrant handloom and handicrafts sector. They have made commendable efforts to preserve the indigenous crafts of our nation.” In his message, he again pitched for Aatmanirbhar Bharat saying,  "Let us all be #Vocal4Handmade…”

On National Handloom Day, we salute all those associated with our vibrant handloom and handicrafts sector. They have made commendable efforts to preserve the indigenous crafts of our nation. Let us all be #Vocal4Handmade and strengthen efforts towards an Aatmanirbhar Bharat. pic.twitter.com/XD7cs9ES7F

Laila Tyabji, chairperson of Dastakar -- a not-for-profit NGO working to support traditional Indian craftspeople -- reacted to the decision and said: “Strange things happen quietly in COVID times - without even a whisper of warning. The news that the almost 70-year-old All India Handicrafts Board, established in 1952 by Pupul Jayakar and nurtured by Kamaladevi Chattopadhyay, has been abolished came as a complete surprise.”

Tyabji expressed her shock in a Facebook post. She wrote: “All these years on, it remained the one official forum, however, watered down, where the voices and views of weavers and craftspeople could be expressed directly. One place where representatives of the sector were present in considerable numbers and were actually empowered to advise the Government in policy and sectoral spending... The spaces where people themselves can interact directly with Government, or be part of their own governance, are certainly becoming leaner and increasingly few in number. It is worrying.”

Handloom and handicraft are a very important part of Indian culture. The fascination for the local, however, is not just a transient trend. There have been designers who have always championed Indian weaves. Ritu Kumar is a notable example—she has incorporated block printing in her designs for years. “When I started, I was lost in a desert,” she says about her engagement with indigenous weaves. “Many of us traveled across the country and came back with these fabulous textiles. The government encouraged it. I am happy that our generation and even the present generation understands and appreciates the beauty of our traditional weaves.”

Designer Payal Khandwala tells Outlook, “Supporting our indigenous handloom craft sector has always been important, but given the current context of the pandemic, it is the need of the hour. Our weavers are day labourers and we must buttress our artisans’ livelihoods, not only because they need us now more than before, but because it is our responsibility to save generations of skilled labour. Handwoven textiles are our nation’s pride and it’s the differentiator. In a world where handmade items are quickly becoming a thing of the past, we must fight fiercely to protect this legacy.”