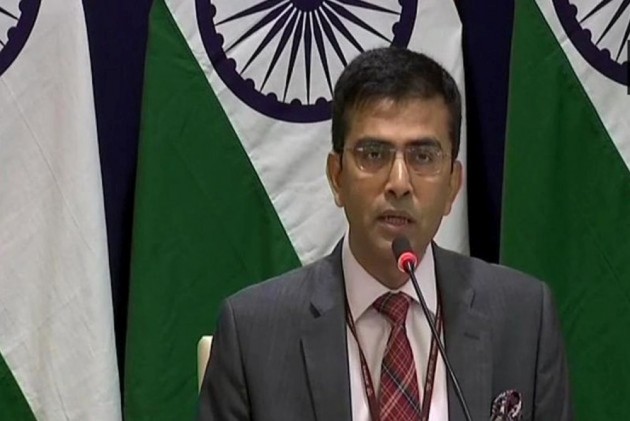 India on Friday termed as biased the statements by Turkey and Malaysia supporting Pakistan's stance on Kashmir at the UN General Assembly.

He said the two leaders had made the statements without understanding the situation on the ground and asked that they should desist from making such remarks.

Malaysian PM Mahathir Mohammed in his address at the 74th UN General Assembly, said: "Now, despite the UN resolution on Jammu and Kashmir, the country has been invaded and occupied... There may be reasons for this action but it is still wrong. India should work with Pakistan to resolve this problem. Ignoring the UN would lead to other forms of disregard for the UN and the Rule of Law."

Slamming Malaysia's stand, Raveesh Kumar said: "Jammu and Kashmir signed the Instrument of Accession like all other princely states, Pakistan invaded and illegally occupied parts of J-K. The government of Malaysia should bear in mind the friendly relations between the two countries and desist from making such remarks."

Turkey's Erdogan had, in his address, said that despite the UN resolutions "eight million people are stuck" in Kashmir. He had called for the Kashmir issue to be solved through dialogue rather than conflict and criticised the international community for failing to pay attention to the issue.

On Turkey, Kumar said: "We call upon the Turkish government to get a proper understanding of the situation on the ground before they make any further statements on this issue. It is a matter which is completely internal to India."