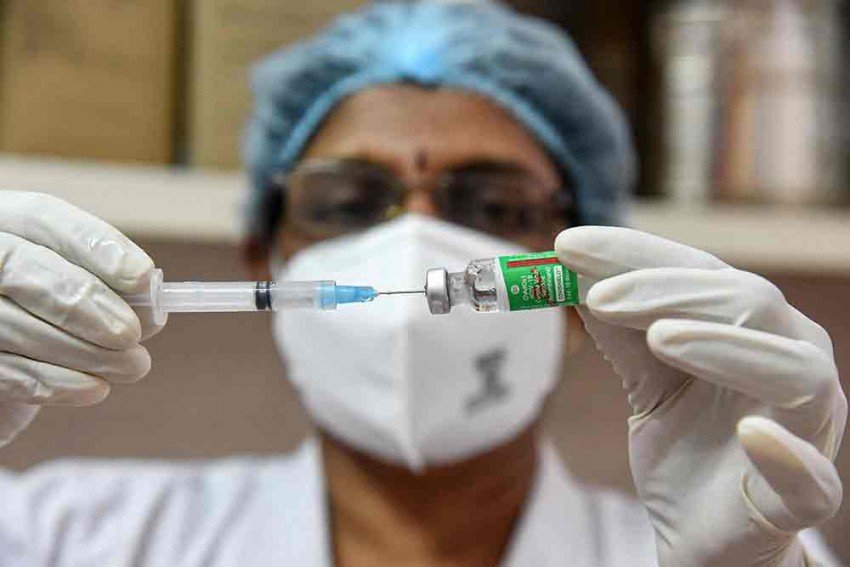 In what is being dubbed as no small feat, Union Health Minister Mansukh Mandaviya on Monday informed that India had administered over 75 crore vaccine doses. The landmark achievement comes following the country's massive vaccination drive which, Madavia said,  continues to create new dimensions under the leadership of Prime Minister Narendra Modi and his mantra of "Sabka Saath, Sabka Prayas (together with everybody, with everybody's efforts).

'Congratulations India! In the 75th year of independence, the country has crossed the figure of 75 crore vaccinations," the health minister tweeted with hashtags #SabkoVaccineMuftVaccine and #AazadiKaAmritMahotsav.

Not just Mandaviya, Union Health Minister Dharmendra Pradhan also tweeted in praise of India’s Covid19 vaccination roll-out, calling it not only the world’s largest but also one of the swiftest.

States And UTs Have Over 70.63 Crore COVID-19 Vaccine Doses From Centre: Health Ministry

Finance Minister Calls Vaccination The Only Medicine To Boost Economy

"With the current daily average of 6.82 million vaccinations, we are vaccinating all eligible citizens at a much faster pace than many other developed nations," Pradhan wrote on Twitter.

So far, all adult people in six states and union territories -- Sikkim, Himachal Pradesh, Goa, Dadra and Nagar Haveli, Ladakh and Lakshadweep -- have received at least one dose of the vaccine.

The country took 24 days to reach 40 crore from 30 crore doses and then 20 more days to cross the 50-crore vaccination mark on August 6.

The countrywide vaccination drive was rolled out on January 16 with healthcare workers getting inoculated in the first phase. Vaccination of frontline workers started from February 2.

The next phase of the vaccination drive commenced from March 1 for people over 60 years of age and those aged 45 and above with specified co-morbid conditions.

The country launched vaccination for all people aged over 45 years from April 1. The government then decided to expand the vaccination drive by allowing everyone above 18 to be vaccinated from May 1.

The vaccination exercise as a tool to protect the most vulnerable population groups in the country from COVID-19 continues to be regularly reviewed and monitored at the highest level, the ministry said.