There were 192 Member States present for voting and the 2/3 required majority was 128. India garnered 184 votes. Canada lost the elections. 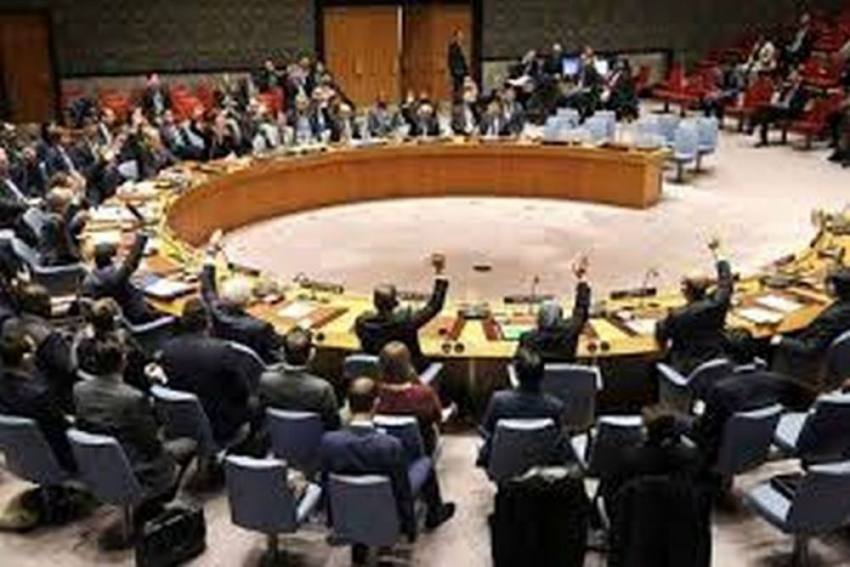 India was elected as non-permanent member of the powerful UN Security Council for a two-year term on Wednesday, winning 184 votes in the 193-member General Assembly.

There were 192 Member States present for voting and the 2/3 required majority was 128. India garnered 184 votes. Canada lost the elections.

“Member States elect India to the non-permanent seat of the Security Council for the term 2021-22 with overwhelming support. India gets 184 out of the 192 valid votes polled,” India's Permanent Mission to the UN tweeted.

India will sit in the most powerful UN organ, for two years beginning on January 1, along with the five permanent members China, France, Russia, UK and the US as well as non-permanent members Estonia, Niger, Saint Vincent and the Grenadines, Tunisia and Vietnam.

The two-year terms of Belgium, Dominican Republic, Germany, Indonesia and South Africa are ending this year.

To be elected to the Council, candidate countries need a two-thirds majority of ballots of Member States that are present and voting in the Assembly.

India was a candidate for a non-permanent seat from the Asia-Pacific category for the 2021-22 term. Its victory was a given since it was the sole candidate vying for the lone seat from the grouping.

New Delhi's candidature was unanimously endorsed by the 55-member Asia-Pacific grouping, including China and Pakistan, in June last year.

The UN General Assembly on Wednesday conducted elections for President of the 75th session of the Assembly, five non-permanent members of the Security Council and members of the Economic and Social Council under special voting arrangements put in place here due to COVID-19 related restrictions.

Turkish diplomat and politician Volkan Bozkir was elected as President of the 75th session of the UN General Assembly. He was the endorsed candidate from among the Western European and other States.

The elections began at 9am Wednesday and unlike previous years, when the sprawling General Assembly hall would be packed with UN envoys, diplomats and staff during the ballot, this year presence in the UNGA hall was sparse due to COVID-19 related restrictions.

UN diplomats, staff and other personnel arrived at the General Assembly hall wearing masks and immediately left the venue after casting their ballots.

In adherence to social distancing guidelines due to the coronavirus pandemic, the 193 UN Member States were allotted different time slots to cast their votes in the General Assembly Hall for the crucial elections.

Eight time slots were allocated to Member States to cast their ballots starting at 9 AM, in adherence to social distancing guidelines. The voting continued well in the afternoon, with an additional 30 minute time slot for voters who were unable to visit the GA hall during the specific time slot communicated to them. The time slot for India to cast its ballot was 11:30 am-12noon.

The 15-member Security Council has five permanent members - the US, the UK, France, Russia and China - and 10 non-permanent.

Each year the General Assembly elects five non-permanent members for a two-year term. The 10 non-permanent seats are distributed on a regional basis as follows: five for African and Asian States; one for Eastern European States; two for the Latin American and Caribbean States; and two for Western European and other States. To be elected to the Council, candidate countries need a two-thirds majority of ballots of Member States that are present and voting in the Assembly.

India's Permanent Representative to the UN Ambassador T S Tirumurti had said that India's presence in the Security Council will help bring to the world its ethos of ‘Vasudhaiva Kutumbakam’.

India has been at the forefront of the years-long efforts to reform the Security Council, saying it rightly deserves a place as a permanent member of the Council, which in its current form does not represent the geo-political realities of the 21st Century.