Prime Minister Modi said his government was working to fulfil those aims that seemed impossible. 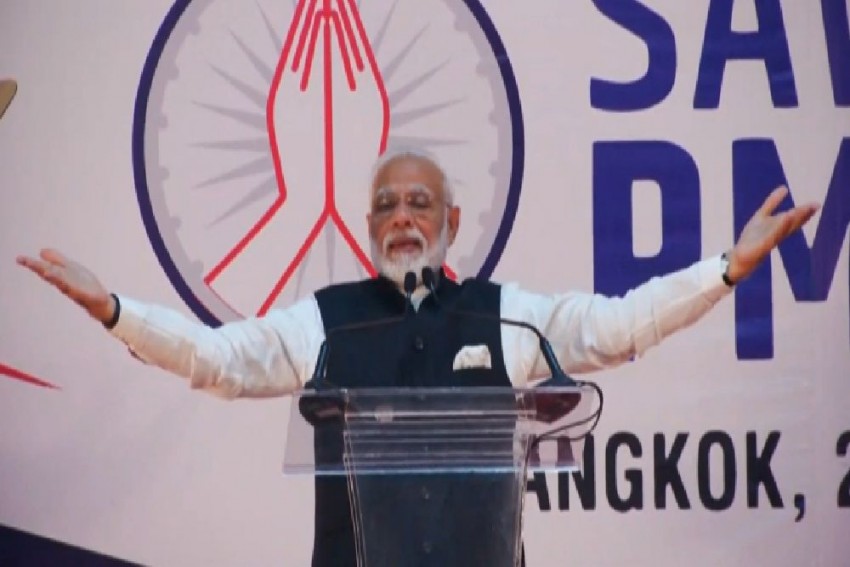 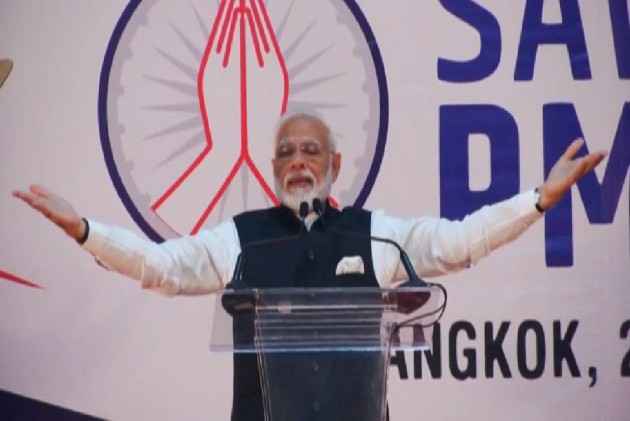 India has eliminated a big reason behind sowing of seeds of terrorism and separatism, Prime Minister Narendra Modi said here on Saturday, in a clear reference to abrogation of Article 370 from Jammu and Kashmir and reorganising of the state.

Addressing the Indian diaspora here, prime minister Modi said his government was working to fulfil those aims that seemed impossible.

"You are aware that India has decided to eliminate a big reason behind sowing of seeds of terrorism and separatism," Modi said.

"When the decision is right, its echo is heard across the globe. And I can hear it in Thailand as well," he said at the 'Sawasdee PM Modi' event.

Modi also received a standing ovation after he referred to abrogation of Article 370 provisions. He said the ovation was for India's Parliament and parliamentarians.

Article 370 of the Indian Constitution was scrapped on August 5. It had "temporary provisions with respect to the State of Jammu and Kashmir" allowing it to have its own Constitution.

Expectations of people are more from those who work and deliver, he said to huge applause from the audience.

Modi told the audience that their appreciation for the decision is for India's Parliament and parliamentarians.

In his speech, Modi also talked about the Kartarpur Corridor opening and said that pilgrims will now be able to visit Kartarpur Sahib freely.

He also highlighted his government's achievements such as Ujwala Yojana.

Due to changes in India in the last five years, people gave a bigger mandate to my govt this time, Modi said.