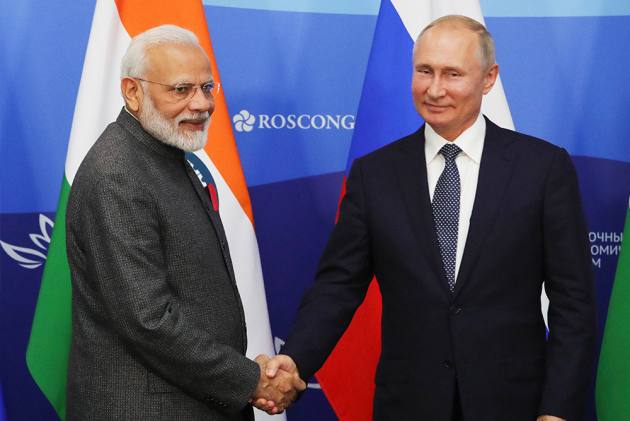 Prime Minister Narendra Modi on Thursday said India will walk shoulder-to-shoulder with Russia in its development of the Far East region and announced a USD 1 billion line of credit for the development of the resource-rich region.

Addressing the plenary session of the 5th Eastern Economic Forum here, Prime Minister Modi said the friendship between India and Russia was not restricted to governmental interactions in capital cities, but is about people and close business relations.

"For the development of Far East, India will give line of credit worth USD 1 billion. My govt has actively engaged East Asia as part of its 'Act East' policy. This will also give a new dimension to our economic diplomacy," he said.

Modi, who arrived in Russia on a two-day visit on Wednesday, is the first Indian prime minister to visit to the Russian Far East Region.

He arrived here to participate in the 20th India-Russia annual summit with President Putin and the fifth meeting of the Eastern Economic Forum (EEF).

The forum focuses on development of business and investment opportunities in the Russian Far East Region, and presents enormous potential for developing close and mutually beneficial cooperation between India and Russia in the region.