Responding to the tweet, the Peoples’ Conference spokesperson and director of communications, Adnan Ashraf Mir called the RSS an evil but described name-calling opposition as an old trick of the National Conference. 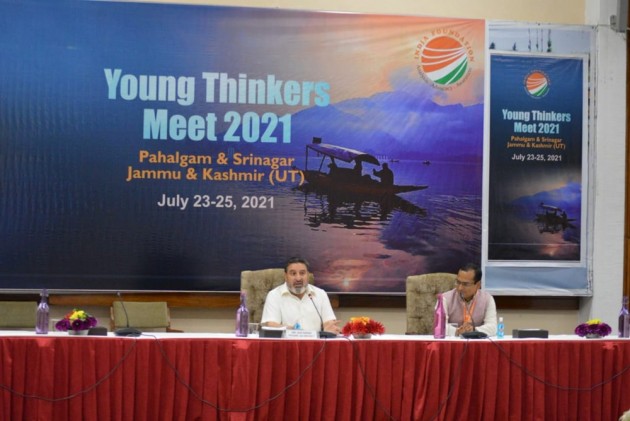 This is a rare occasion when the National Conference has said something offensive against the Apni Party and the Peoples’ Conference.

Responding to the tweet, the Peoples’ Conference spokesperson and director of communications, Adnan Ashraf Mir called the RSS an evil but described name-calling opposition as an old trick of the National Conference. “An old trick since Sheikh sahib's time - name call opposition. It's another matter that Mr. @OmarAbdullah put young ones in their graves before they could become thinkers in 2010 & 2012. RSS is evil no doubt but not as evil as those who didn't blink an eye while killing teenagers.”

National Conference another spokesperson Ifra Jan asked the Peoples’ Conference how the RSS think tank chose only two parties from J&K, “having lowest vote share,” for the meet “especially, at a stage where people of J& K & the Central Government are at logger heads over the Abrogation of 370 & 35A?.”