India Has Been 'A Bridge' In Polarised UNSC: Indian Envoy At UN

India has completed three months as an elected non-permanent member of the 15-nation Security Council. 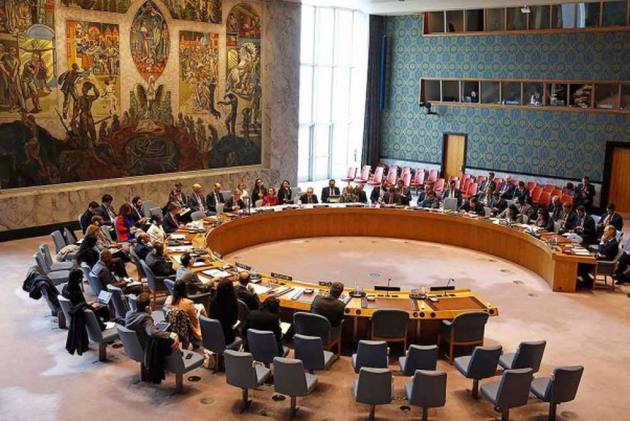 India has "been a bridge" in a polarised United Nations Security Council (UNSC), narrowing differences and helping shape the Council's statements, discussions on Afghanistan and Myanmar, pushing for a greater meeting of minds to address the humanitarian crisis in Syria and focusing on terrorism, India’s envoy to the UN said.

India's Permanent Representative to the UN Ambassador T S Tirumurti said India has been able to bring a “unique perspective” to discussions in the Council. The country has completed three months as an elected non-permanent member of the 15-nation Security Council.

“You can call this an Indian perspective if you like. It has been an intensive period,” Tirumurti told PTI.

He noted that India got into a Security Council which had been polarised sharply in the recent past.

“While such a polarisation is still quite visible, India has certainly been a bridge narrowing down the differences in the Council. We have worked constructively with other members in the Council on all issues. Our voice is deeply respected and our contribution has been acknowledged,” he said.

“There is a greater effort in the Council now with countries like India coming in to have a more collaborative approach to issues.”

Tirumurti stressed that “it is more important for the Council to speak in one voice rather than not speak at all.”

Outlining instances where India helped an outcome in the Council, Tirumurti said the country has brought in its own perspective on specific issues. Citing the UNSC Press Statements on Myanmar, a "country with which we have strong links and strong interests," Tirumurti said India has been able to “bring together differing viewpoints and make these statements more constructive and helpful in furthering the process to resolve the issues.”

Just days after the February 1 military coup in Myanmar in which top political leaders, including State Counsellor Aung San Suu Kyi, were detained, the Council issued a Press Statement emphasising the need for continued support of the democratic transition in Myanmar and stressed the need to uphold democratic institutions and processes, refrain from violence, fully respect human rights, fundamental freedoms and rule of law.

India, Chair of the Taliban Sanctions Committee, also helped shape the Council’s statement on Afghanistan to “voice our concern on the rising violence and targeted killings and keep the focus on, inter alia, women, minorities and on terrorism and its impact on Afghanistan and the region.

“We have an important stake in Afghanistan and its stability and peace. As Chair of the Taliban Sanctions Committee, our role in contributing to the process will be important,” Tirumurti said.

In a March 12 press statement, the Council strongly condemned the alarming number of attacks deliberately targeting civilians in Afghanistan and "recognised that a sustainable peace can be achieved only through a comprehensive and inclusive Afghan-led, Afghan-owned peace process that aims at a permanent and comprehensive ceasefire, as well as an inclusive political settlement to end the conflict in Afghanistan.”

Tirumurti said India “has also been pushing for greater meeting of the minds in the Council on addressing the humanitarian crisis in Syria and Yemen.”

From Ethiopia, Sudan, South Sudan to the Central African Republic and Democratic Republic of Congo, India’s diplomatic presence in these countries and historical ties with them has also enabled New Delhi to bring unique ground-level understanding to Council debates, he said adding that as Chair of the Libyan Sanctions Committee, India’s contribution to resolving some granular issues has been appreciated.

India also spoke out in the Council in a strong voice against the scourge of terrorism, with External Affairs Minister S Jaishankar outlining an eight-point action plan at a UNSC Ministerial Meeting in February.

The action plan had called on the international community to summon the political will and not justify terrorism and not glorify terrorists, there should be no double standards as “terrorists are terrorists” and no good or bad distinction should be made.
Tirumurti pointed out that India’s participation in the activities of the UN has increased rather than coming down, with Prime Minister Narendra Modi addressing the UN Economic and Social Council and the General Assembly.

As the world continues to grapple with Covid-19, Tirumurti said India’s ‘Vaccine Maitri’ initiative is “perhaps the best example for the world to witness how India addressed the concerns of global vaccine inequity or as they say vaccine nationalism.

“On the vaccine front for instance, India has been probably the largest partner of the UN,” he said adding that the COVAX Facility itself has been a huge beneficiary of Indian vaccines which in turn has benefitted numerous developing countries.