Thanks To India, World Is Now Aware Of Global Nature Of Terror, Says Jaishankar

‘We have in our immediate neighbourhood, a particularly egregious example of state-sponsored cross-border terrorism,’ the external affairs minister said. 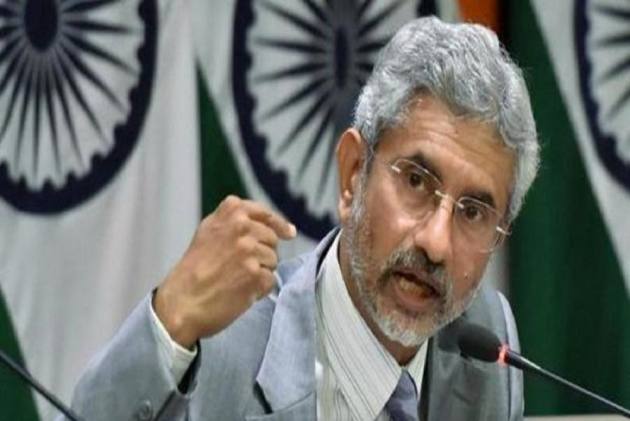 Relentless efforts by India helped in keeping the spotlight on cross-border terrorism and the world is gradually becoming aware of the global nature of terror, External Affairs Minister S Jaishankar said on Monday.

Without naming Pakistan, he said one of India's immediate neighbours was indulging in state-sponsored cross-border terrorism. "We have in our immediate neighbourhood, a particularly egregious example of state-sponsored cross-border terrorism. The world is gradually becoming aware of the global nature of international terrorism," he said, in a virtual address at a programme organised by the Indian School of Business (ISB). The minister added, "Our relentless efforts have kept it (issue of cross border terror) in the spotlight bringing out the related aspects like terror finance radicalisation and cyber recruitments."

Talking about the Vande Bharat mission, he said India brought back more than 24 lakh Indians stranded in other countries during the Covid-19 lockdown. The country also extended help in sending back over one lakh foreigners to their respective countries during the pandemic, he said.

Jaishankar also said there were many lessons learnt from the Covid-19 pandemic experience. The country's immediate focus was on economic recovery and the figures for September and October have "really been encouraging", he added.

There was also a greater awareness globally about a more resilient supply chain and India can exploit the sentiment for additional engines of growth, by creating better conditions for production, Jaishankar said.

Explaining about India's capabilities in terms of medical equipment in the aftermath of Covid-19, he said the country currently has 15,000 dedicated facilities with 1.5 million isolation beds. Over a million of the population has been tested for the virus in more than 7000 testing centres across the country, he added.

The challenge now is to take this ability to rise to the moment of crisis and transform that into a more routine set of practices and procedures, Jaishankar opined. The world was not going to carry business as usual as the winds of change were blowing again. Those with the more self-centred views of world politics will have to come to terms with the needs of the day, he said without mentioning any country.