Trump's visit to India provides an opportunity for the two countries to improve their bilateral relationship and strengthen strategic interests, say senior officials. 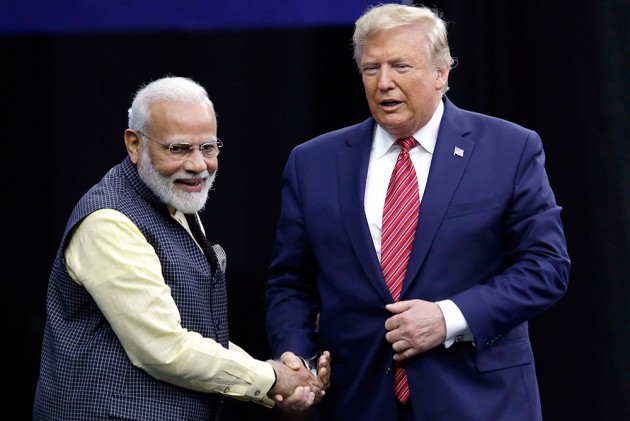 Hours after US President Donald Trump expressed excitement ahead of his India visit, Prime Minister Narendra Modi on Sunday tweeted that the country looked forward to welcoming POTUS.

"India looks forward to welcoming @POTUS @realDonaldTrump. It is an honour that he will be with us tomorrow, starting with the historic programme in Ahmedabad," Modi wrote on Twitter.

The prime minister was responding to tweet by Gujarat Chief Minister Vijay Rupani, which said that "entire Gujarat speaks in one voice --#NamasteTrump."

Watch: Ahead Of India Visit, Donald Trump Retweets Video Showing Him As 'Bahubali'

Trump's India Visit Be Historically Insignificant And Mere Entertainment For Many

It is an honour that he will be with us tomorrow, starting with the historic programme in Ahmedabad! https://t.co/fAVx9OUu1j

The US president is on a visit to India from February 24 to 25.

This comes after, earlier in the day, President Trump said he was looking forward to being with his "great friends" in India next.

He retweeted a short video in which his face was superimposed on the hit movie-character Bahubali, showing the president as a great saviour bringing peace to his kingdom.

Trump's visit to India provides an opportunity for the two countries to improve their bilateral relationship and strengthen strategic interests, say senior officials.

After Barack Obama, Trump is the only other US President to visit India in his first term.

Issues expected to be discussed during the visit include an open Indo-Pacific, reduced trade barriers, boost to counter-terror cooperation and mitigating Indian concerns over H-1B visas.