Blood donor base has shrunk owing to cancellation of blood donation drives because crowding fears over Covid-19 and lack of mobility and motivation in general. 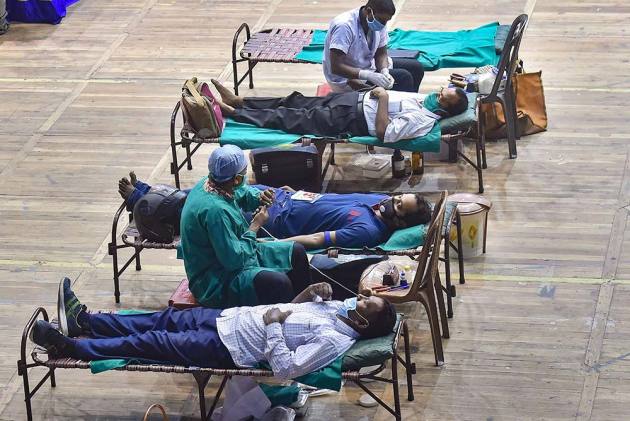 The novel SARS-CoV-2 virus (Covid-19) has been causing havoc in India as well as around the globe and it has caused an unprecedented number of fatalities alongside inflicting enormous pain on the economy. Apart from the tally of direct lives lost to Covid-19, pandemics like these bring about immense inadvertent casualties; deaths due to blood shortage are one such example and it is one which can be avoided by enacting robust legislation and timely implementation of the same.

Given just how foundational blood is to healthcare, a well-equipped and organised Blood Transfusion Service (BTS) which ensures access to safe blood in a timely manner is an important component of any dependable healthcare delivery system. This holds even more true for a country like India where the trauma burden and surgical needs are large, unmet and rising.

However, data shows that the situation is somewhat grim in India, as we continue to battle a massive and consequential shortage in the provision of safe and timely blood and blood components. Our annual requirement is estimated to be at nearly 26.5 million units of blood, while the supply is just around 13.5 million units despite having an eligible donor population of more than 500 million individuals. This supply-demand disparity leaves a shortage of around 13 million units and it has had serious adverse consequences for our public health system over the years. For example, excessive bleeding after childbirth i.e. postpartum haemorrhage (PPH) accounts for nearly 30 per cent of all maternal mortality in India and regrettably, these can be well averted. Moreover, in terms of safety, in an RTI it was revealed by National AIDS Control Organisation (NACO) that 1,342 people pan-India had contracted the HIV infection due to unsafe blood transfusion in 2018-19.

You Thought Covid Was A Threat? Antimicrobial Resistance Is A Close Second

What is more worrying is the fact that Covid-19 related lockdowns have seriously aggravated what was already a disturbing situation. Owing to fears of crowding, cancellation of many blood donation drives and the lack of mobility and motivation in general, the donor base has shrunk drastically and multiple media reports state how this is snowballing into a public health crisis of its own. To cite an example in October 2020, the Maharashtra State Blood Transfusion Council (SBTC) had announced that the city’s blood banks had stock only for a week which highlights the severity of the issue.

In unprecedented situations like these, one can understand the benefit of social welfare initiatives like the “Jeevan Bindu” programme, which was launched by the BJD in 2015 to mark the 99th birth anniversary of former Odisha Chief Minister Shri Biju Patnaik. The initiative has now become a “People’s Movement” in Odisha wherein the BJD party workers arrange blood donation camps to ensure a steady supply of safe blood. In April 2020, BJD president and Odisha Chief Minister Shri Naveen Patnaik requested party workers to ensure availability of safe blood under the aegis of this initiative. This has helped mitigate the blood shortage situation in the state.

The Government of India had formulated a National Blood Policy (NBP) in 2002 with an aim of eliminating transfusion-transmitted infections and ensuring the provision of timely and adequate blood transfusion services to those in need. This is tied in with the larger aim of ensuring availability and accessibility of safe blood to those in need of it.

As a lawmaker, I cannot help but draw attention to the role that the lack of comprehensive blood legislation in India has had to play behind unavailability of safe and sustainable blood. The National Blood Policy on its own isn’t of many effects given its provisions are recommendatory in nature and aren’t backed by the force of a statute. It is interesting to note that developed societies, nearly 80 per cent of which have dedicated blood legislation enacted today account for 40 per cent of world’s blood collection despite being home to just 16 per cent of the global population. India, too, should not delay the enactment of such law any further.

(The author is a Rajya Sabha MP from Odisha; a former CAG bureaucrat with a masters degree in public management from Lee Kuan Yew School of Public Policy, Singapore, and the Kennedy School of Government, Harvard University and an academic with a PhD in management. The views are personal and do not necessarily reflect that of Outlook magazine.)