The economist said the ruling party should want a better opposition to keep it under check. 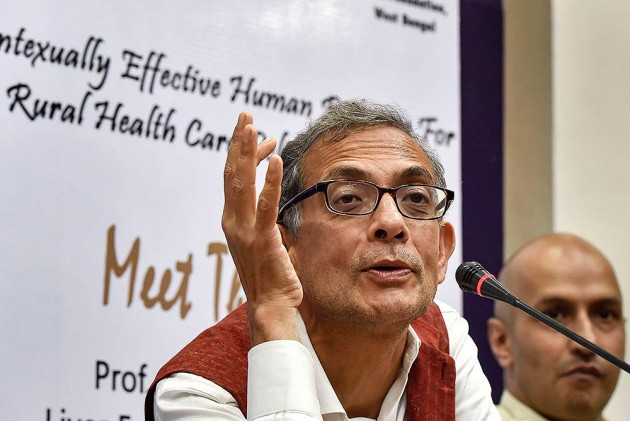 India needs a better opposition which is the heart of any democracy and the ruling party should embrace that to keep it under check, noted economist and Nobel laureate Abhijit Banerjee said here on Sunday.

Speaking at a session at the Jaipur Literature Festival (JLF), the 58-year-old India-born American economist said there was no correlation between the authoritarianism and the economic success.

"You can easily argue that Singapore had a successful dictator and can easily come back and talk about Zimbabwe. We can talk about this ad nauseum… At some level authority is an illusion," he said.

Opinion: Democracy Is About Difference And Its Celebration, Drowning Voice Can Be Counterproductive

Elucidating on the ways to ameliorate poverty, he said there was no silver bullet, but many silver pallets.

"Poverty, like cancer, is many problems. There are many diseases. Some people are education poor, some are heath poor and some asset poor. You have to figure out what is missing. Trying to solve everything with one action is unviable to work and never does work," he said.

Banerjee also challenged the dogma that if the poor people are given money they waste it, become lazy and fall back into poverty. He advocated that the people living in abysmal poverty should be encouraged by giving them assets and freebies.

"There is so much prejudice about the abilities of the poor. Give the very poor some asset. Not lend, but give them an asset. Maybe a cow, some goats or trinkets to sell, then you look what happens to these people after 10 years. They will be 25 per cent richer, they will be healthier and happier. It encourages them to keep trying and they work harder than the people who didn't get the assets," he said.

"It is sustainable. We have calculated the rate of return on the investment. In India, it is 400 per cent. Net income that it generates is four times the amount you put in. The same experiment was done in Bangladesh for 10 years. It has been exactly the same there," he said, giving references from his work.

He said it was important that the poor are encouraged in the beginning, asserting that these people "actually have never done anything in their lives".

Banerjee also spoke about the crisis in the banking sector.

"We are in a deep cycle. It will take some time to fix things, particularly the banking sector. We don't have the money to do what China did which was to put the money in the banking sector, write off the loans. We cannot really afford that right now," he said.

He stressed that devolution of power and decentralisation were very important for economic success.

"Take China, it has on the ground democracy even though it is such an authoritarianism set up. They introduced village elections 20 years ago. The elected leaders go to different places. The intra-province competition is intense. There is devolution of power. China is much more decentralised than India despite its ruling Communist Party being such a centralised force," he said.

Responding to a question on whether he would accept the post of Reserve Bank of India (RBI) Governor if it was offered to him, Banerjee said, "Absolutely not. Because to be an RBI governor, you better be a macro economist."

Asked if he could have won the Nobel Prize based in India, he said, "I don't think so."

"I benefited enormously from a place (MIT) where I had the world's best potential PhD students. And that is important. All this work that I am taking credit for is mostly done by others.

"My students, collaborators, and friends and that is what makes it valuable. It is not that there is dearth of talent here, but bringing together of people on a large scale changes it. It is hard to do it alone," he said.

Born in Mumbai, Banerjee was educated at the University of Calcutta and the Jawaharlal Nehru University (JNU). He received his PhD from the Harvard University and is a professor at the Massachussetts Institute of Technology (MIT).