The latest development is seen as a thaw after years of tensions between the two nuclear-armed neighbours. 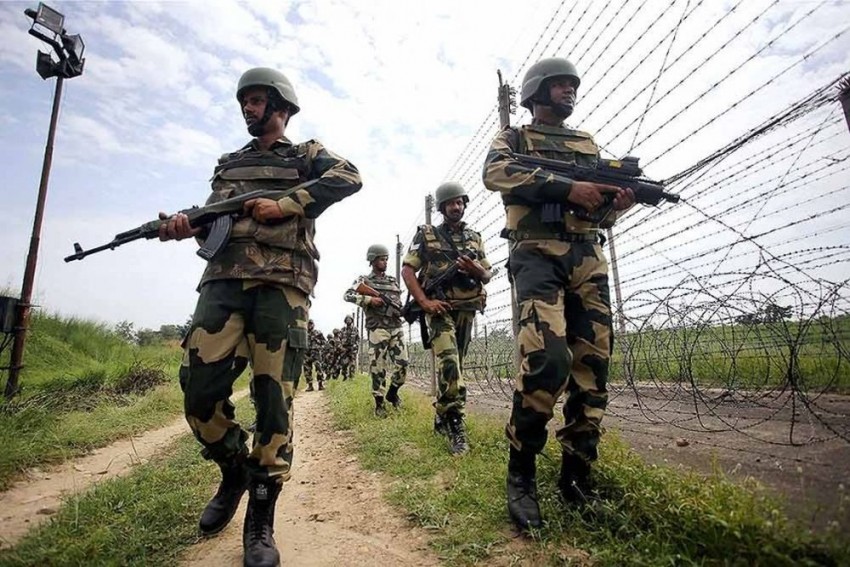 An agreement was reached between Pakistan and India to strictly observe all agreements on ceasefire along the Line of Control (LoC) and address each other's core issues and concerns which have the propensity to disturb peace and lead to violence, the Pakistan Army said on Thursday.

A joint statement issued in Islamabad and New Delhi after the talks said the two sides reviewed the situation along the LoC and all other sectors in a "free, frank and cordial atmosphere."

The agreement was reached between the two countries after the Director Generals of Military Operations (DGMOs) of India and Pakistan held discussions over the established mechanism of hotline contact, said a statement issued by the Inter-Services Public Relations (ISPR) - the Pakistan military's media wing.

"In the interest of achieving mutually beneficial and sustainable peace along the borders, the two DGMOs agreed to address each other's core issues and concerns which have propensity to disturb peace and lead to violence," said the joint statement.

It said both sides "agreed for strict observance of all agreements, understandings and cease firing along the Line of Control and all other sectors, with effect from midnight 24/25 Feb 2021."

Both sides reiterated that existing mechanisms of hotline contact and border flag meetings will be utilised to resolve any "unforeseen situation or misunderstanding," the joint statement said.

"There have been contacts between India and Pakistan on a hotline level since 1987. Frequently, the DGMOs of both countries stay in contact through this established mechanism," Pakistani army spokesman Maj Gen Babar Iftikhar was quoted as saying by Dawn newspaper.

He said that from 2014 there was a spike in ceasefire violations along the LoC.

"Both the DGMOs have agreed that the existing 2003 understanding should be implemented in letter and spirit," he said.

Both officials have agreed on making it sustainable and have expressed the intention to act on it, he said.

The latest development is seen as a thaw after years of tensions between the two nuclear-armed neighbours, the paper said.

Ties between India and Pakistan nosedived after a terror attack on the Pathankot Air Force base in 2016 by terror groups based in the neighbouring country. Subsequent attacks, including one on the Indian Army camp in Uri, further deteriorated the relationship.

The relationship dipped further after India's warplanes pounded a Jaish-e-Mohammed terrorist training camp deep inside Pakistan on February 26, 2019 in response to the Pulwama terror attack in which 40 CRPF jawans were killed.

The relations deteriorated further after India in August 2019 announced withdrawing special powers of Jammu and Kashmir and bifurcation of the state into two union territories.