New Delhi has objected to the CPEC project from the beginning because it was violating the sovereignty of Indian territory. India claims POK as part of its territory. 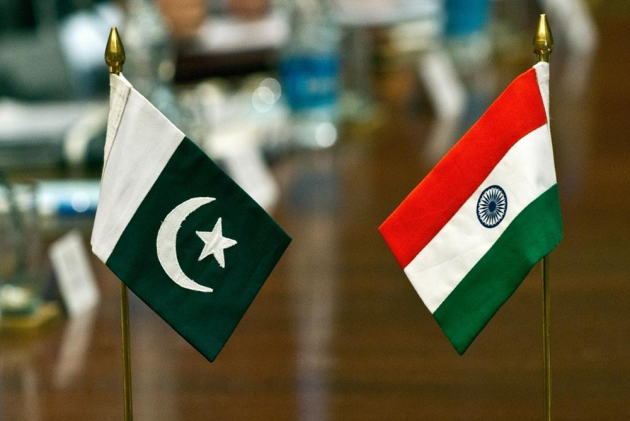 India has reacted angrily to the mention of Kashmir and Ladakh in a joint statement issued after talks between the Pakistani foreign minister SM Qureshi and his Chinese counterpart Wang Yi last Saturday. This has become routine and has little relevance. So too is India’s views on the recent elections held in Pakistan Occupied Kashmir. These are maximalist positions both countries hold and need to reiterate this from time to time. Neither can New Delhi’s condemnation of the China-Pakistan Economic Corridor in POK or elections there is of little consequence. Similarly, Pakistan's or China’s views on Kashmir will not alter the ground situation in Kashmir or lead to any change on the ground. Yet Pakistan and India all keep repeating these claims, basically with an eye to the domestic constituencies.

Through February’s LoC ceasefire, India and Pakistan are back to square one with tit-for-tat statements against each other. The hopes triggered by the backchannel talks that brought about the ceasefire have collapsed. The first indication came soon after the Pakistan government decided not to allow trade with India. Army chief General Qamar Bajwa is said to have backed off from the peace initiative when he found opposition among many within the military. The situation in Afghanistan where the Taliban is poised to take control makes India-Pakistan peace moves at the moment redundant. Pakistan wants India cut to size in Afghanistan. Both foreign ministries will continue to take a maximalist position.

The Wang Yi Qureshi joint statement read: “The Pakistan side briefed the Chinese side on the deteriorating situation in Jammu & Kashmir, including its concerns, position, and current urgent issues,” it said.

“The Chinese side reiterated that the Kashmir issue is a dispute left over from history between India and Pakistan, which is an objective fact, and that the dispute should be resolved peacefully and properly through the UN Charter, relevant Security Council resolutions, and bilateral agreements. China opposes any unilateral actions that complicate the situation.”

The MEA spokesman went on to add: "The Joint Press release has also referred the so-called China-Pakistan Economic Corridor (CPEC). We have consistently conveyed to both China and Pakistan that the so-called CPEC is in India’s territory that has been illegally occupied by Pakistan and that we resolutely oppose any attempts by other countries to change the status quo in areas illegally occupied by Pakistan as also to Pakistan bringing up any material change in Indian territories under its illegal occupation. We call upon parties concerned to cease such actions." New Delhi has objected to the CPEC project from the beginning because it was violating the sovereignty of Indian territory. India claims POK as part of its territory.

Prime Minister Imran Khan’s ruling PTI has swept the elections held recently in POK. India has lodged a strong protest over holding polls there. The MEA spokesman said: "The so-called elections in Indian territory under the illegal occupation of Pakistan are nothing but an attempt by Pakistan to camouflage its illegal occupation and the material changes undertaken by it in these territories."

The spokesman added that, "India has lodged a strong protest with the Pakistani authorities on this cosmetic exercise, which has been protested and rejected by the local people. Such an exercise can neither hide the illegal occupation by Pakistan nor the grave human rights violations, exploitation, and denial of freedom to people in these occupied territories. Pakistan has no locus standi on these Indian territories. We call upon Pakistan to vacate all Indian areas under its illegal occupation."