India Rejects Trump's Jibe At PM On ‘Library In Afghanistan’

India has rejected the US President Donald Trump's jibe at Prime Minister Narendra Modi over funding of a library in the war-ravaged country of Afghanistan. 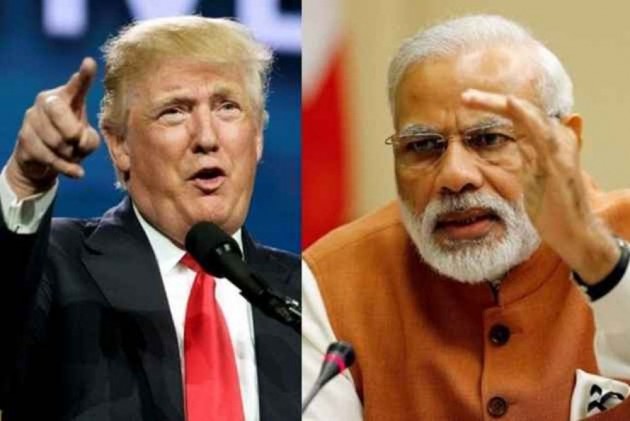 India on Thursday rejected the US President Donald Trump's jibe at Prime Minister Narendra Modi over funding of a library in the war-ravaged country.

India has been implementing a range of mega infrastructure projects as well as carrying out community development programmes in Afghanistan as per requirement of its people. They said such assistance would go a long way in making the country economically empowered and stable, the sources added.

'Are We Supposed To Say Thank You': Trump Mocks PM Modi Over Afghan Library

Trump took a jibe at Modi for funding a "library" in Afghanistan, saying it is of no use in the war-torn country as he criticised India and others for not doing enough for the nation's security.

In his first cabinet meeting in the new year on Wednesday, Trump asked India, Russia, Pakistan and other neighbouring countries to take responsibility for Afghanistan's security as he defended his push for the US to invest less overseas.

Trump referred to Modi as an example of how world leaders are talking about their contributions that were nowhere near the "billions of dollars" the US was spending.

The sources said India may be building small libraries as part of the community development initiative, but most of its investments in Afghanistan were on mega infrastructure projects including the 218 km road from Zaranj to Delaram, the Salma Dam and the new Afghan Parliament building.

India has also been supplying military equipment to Afghanistan besides providing training to hundreds of Afghan security personnel.

The sources said India plays a significant role in the country as its development partner and that the partnership is built on the specific needs and requirements worked out with the Afghan government.

"India seeks to build capacities and capabilities of Afghan nationals and its institutions for governance and delivery of public service, develop socio-economic infrastructure, secure lives and promote livelihood," said a source.