The report also noted that India could spend nearly USD 10 billion on Covid-19 testing and healthcare utilisation by September 2021, the biggest share of the overall costs in the region. 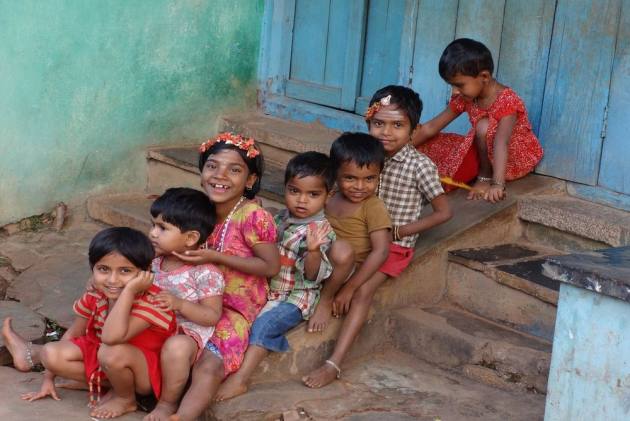 India is projected to register the greatest increase in the number of deaths among children under 5 in South Asia in 2020 as well as the highest number of maternal deaths as the Covid-19 pandemic disrupts the country's health services, a UN report has said.

The report also noted that India could spend nearly USD 10 billion on Covid-19 testing and healthcare utilisation by September 2021, the biggest share of the overall costs in the region.

The report ‘Direct and indirect effects of the Covid-19 pandemic and response in South Asia’ by UNICEF, World Health Organization (WHO) and the United Nations Population Fund (UNFPA), said that as of February 2021, South Asia reported more than 12 million Covid-19 cases, with the vast majority being in India, which has reported over 10.9 million cases.

The report focuses on six most populous South Asian countries - Afghanistan, Bangladesh, India, Nepal, Pakistan and Sri Lanka and provides a grim assessment of the pandemic’s impact on the child and maternal health, economy, jobs and education in these countries.

The report said that till date, Covid-19 is estimated to have cost the South Asian region more than USD 2.4 billion, including the cost of testing (USD 1.9 billion) and healthcare utilisation for Covid-19 deaths (USD 581 million).

“If the current status quo in terms of testing, and infection control and prevention, is maintained, the region is expected to spend an additional USD 8.1 billion on Covid-19 diagnostic tests, and between USD 520 million and USD 2.4 billion on healthcare utilisation by September 2021, depending on the level of mitigation response instituted,” it said.

India is expected to "bear the largest share of these costs” with the country having to spend more than USD 7.8 billion on testing and USD 1.7 billion on healthcare utilisations due to Covid-19 infections leading to death by September 2021.

The report said based on the results of an epidemiological model, and a potential status quo in infection control and prevention measures, an additional half a million deaths due to Covid-19 are possible in South Asia between October 2020 and September 2021.

“This is the number of individuals expected to die of Covid-19, and who likely would not have died in the absence of the pandemic i.e. additional deaths.”

“Not surprisingly, the expected number of hospitalisations and ICU admission are also expected to be highest in India, with the numbers expected to rise to their highest level in February 2021,” the report said.

However, it notes that since the observed number of Covid-19 cases and deaths are rising most rapidly in India, compared to other South Asian countries, the impact of modelling the increased coverage and effectiveness of mitigation strategies is also highest in the country.

This number could fall drastically to 85,821 cumulative deaths if all strategies were instituted, it said.

The report said that disruption in sexual, reproductive, maternal, neonatal and child health services due to Covid-19 is expected to have had a substantial impact on maternal and child mortality

The number of deaths among children aged 5 years and less is estimated to increase by a total of 228,641 across the six South Asian countries in 2020 compared to the previous year. The greatest increases are anticipated in India (154,020, 15 per cent increase) and Pakistan (59,251, 14 per cent increase) respectively.

The number of stillbirths is also predicted to increase in the region.

Across South Asia as a whole, an estimated 89,434 additional stillbirths are anticipated as a result of reduced coverage of essential healthcare services. At the country-level, the largest increase in the number of stillbirths is expected in India (60,179, 10% increase), followed by Pakistan (39,752, 11 per cent increase) and Bangladesh (5,502, 3 per cent increase).

Due to the expected reduction in coverage of modern contraceptive methods, more than 3.5 million additional unintended pregnancies are expected in South Asia, with the highest number likely in India, at about three million.

The number of deaths due to maternal causes among 15-19 year-old females is estimated to increase by a total of 1,191 across South Asia in 2020, compared to the previous year, with the greatest increases anticipated in India (643) and Pakistan (476), respectively.

The report notes that a rise in communicable disease-related adolescent mortality is also likely. Across South Asia as a whole, an estimated 5,943 additional deaths from malaria, TB, HIV/AIDS, and typhoid are anticipated as a result of reduced treatment coverage. India is expected to be hit hardest with an additional 3,412 adolescent deaths.

However, increases in both adolescent maternal and communicable disease mortality are more than offset by the expected reduction in adolescent deaths as a result of fewer road accident-related deaths.

An estimated 8,079 fewer adolescents are expected to die in 2020 as a result of traffic accidents across South Asia as compared to the previous year, with the greatest reduction in India (4,145) followed by Pakistan (2,697).

The report said that as a result of prolonged school closures in response to the Covid-19 pandemic almost 9 million primary and secondary school-aged children are expected to permanently drop out of schools, with the highest number expected in India at around 7 million.

The disruption in education is also expected to have considerable economic costs over the long term.

Across South Asia, lower educational attainment by this cohort will result in a 15 – 23 per cent decrease in their future lifetime earnings, costing the region USD 63.5 billion over 45 years.

Countries in the region have been focusing efforts on the continuation and restoration of essential services, as disruption would only increase the risk of deaths from preventable causes.