The IMF Managing Director predicted a less bad outlook for India in the upcoming World Economic Update due to the steps taken by it. 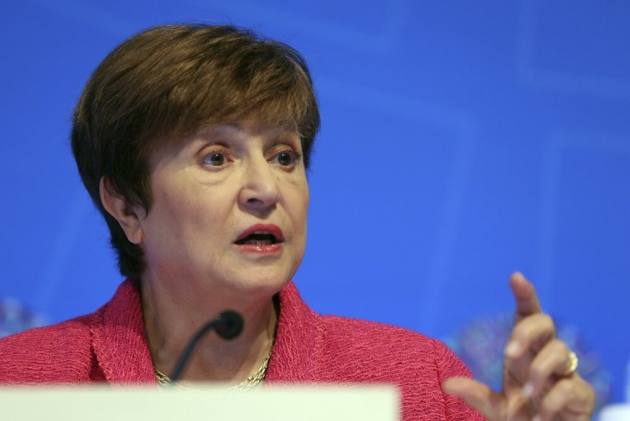 During a global media roundtable on Thursday, IMF chief Kristalina Georgieva lauded India for taking "very decisive" steps to deal with the coronavirus pandemic and its economic consequences and asked the country to do more this year to support an accelerated transformation of the economy.

The IMF Managing Director predicted a less bad outlook for India in the upcoming World Economic Update due to the steps taken by it.

“When I called on everybody to stay tuned for January 26, that applies very much to India. You would see a picture in our update that is less bad. Why? Because the country actually has taken very decisive action, very decisive steps to deal with the pandemic and to deal with the economic consequences of it,” Georgieva said.

The International Monetary Fund is scheduled to release its World Economic Update on January 26.

Talking about India, she said it was a very dramatic lockdown for a country of this size of the population with people clustered so closely together.

"Then India moved to more targeted restrictions and lockdowns. What we see is that that transition, combined with policy support, seems to have worked well. Why? Because if you look at mobility indicators, we are almost where we were before COVID in India, meaning that economic activities have been revitalised quite significantly,” she said.

“What the government has done on the monetary policy and the fiscal policy side is commendable. It is actually slightly above the average for emerging markets. Emerging markets on average have provided six per cent of the GDP. In India, this is slightly above that. Good for India is that there is still space to do more….. If you can do more, please do,” Georgieva said.

According to the IMF Managing Director, 2021 is the year to use that space.

“But use it wisely in a more targeted manner and to support an accelerated transformation of the economy. Because what we see is amazing how much faster structural change takes place.

And policymakers ought to be leaning forward in this environment to support this structural transformation and to cushion the impact it has on those that are on the losing side of it,” she said.

Georgieva said that she is impressed by the appetite for structural reforms that India is retaining.

“We welcome that. No question those reforms, and actually that applies very much to South Africa... will determine competitiveness in the future. We need higher productivity. We need more vibrant and inclusive economies. And they are not going to fall from the sky. There have to be reforms that support them,” she said.

Welcoming the fact that India does not give up on structural reforms, she said: “And I'm saying, yes, do it! Because the world change is accelerating and economies have to be agile and adaptable to change... We have to be constantly leaning forward.”

At the same time, she said that one of the aspects of India's reforms that are still lagging is on gender equality.

“I want to just stress it is scary to see how we are losing ground on gender equality over these months so fast. Women are front line workers...They are often in the informal economy, help cannot easily reach them, so they are hit,” she said.

“....once people start losing jobs, who is to lose jobs first? [Again] women are on the front line. Labour market participation in India for women has been low. It is shrinking...I know the government is paying attention, it is moving in that [direction], but there is so much space to tap into the productive potential of women and the entrepreneurial potential of women,” Georgieva said.

The IMF in its October outlook projected India to contract by a massive 10.3 per cent in 2020.

However, India is likely to bounce back with an impressive 8.8 per cent growth rate in 2021, it had said.