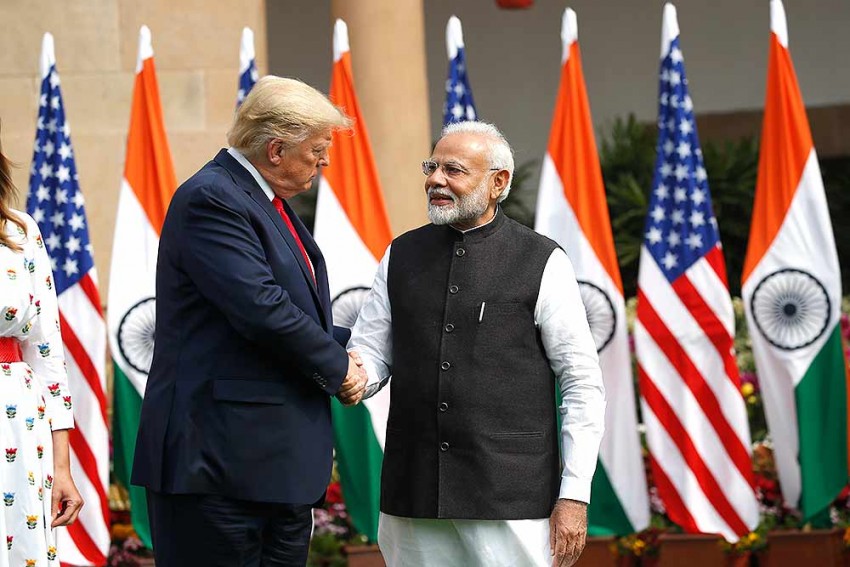 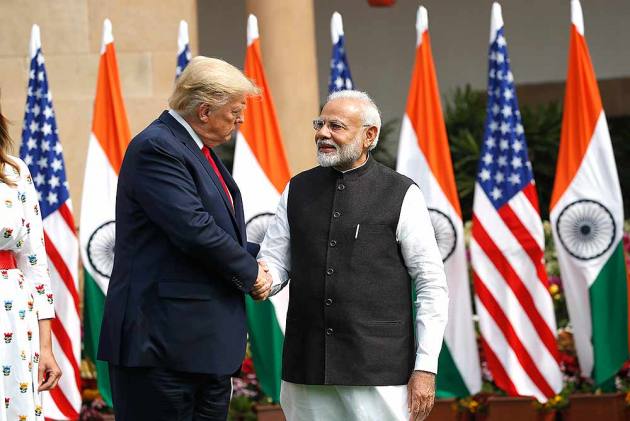 India and the US on Tuesday inked three MoUs, including one in energy sector, finalised a defence deal worth USD 3 billion in a meeting between Prime Minister Narendra Modi and US President Donald Trump.

A memorandum of understanding (MoU) was signed on mental health between the health departments of the countries.

Another memorandum of understanding on the safety of medical products was signed between the Central Drugs Standard Control Organization with the US Food and Drug Administration.

The prime minister asserted that the two countries have decided to take Indo-US ties to comprehensive global partnership level.

PM Modi said, "We have agreed to initiate negotiations for big trade deal, we are confident that it will yield good results."

The unprecedented and historic welcome given to Trump in India will be remembered, Modi said and added that the relations between the two countries are not merely confined to governments but are people-driven.

"Defence cooperation between two countries is reflective of rising strategic partnership between India and US. We also agreed on new mechanism to contain drug trafficking" the Prime Minister said.

"We finalised defence deals worth USD 3 billion," said Trump after his meeting with Modi.

Earlier, Trump was accorded a ceremonial welcome at the Rashtrapati Bhavan. President Ram Nath Kovind and Prime Minister Modi welcomed Trump and First Lady Melania Trump at Rashtrapati Bhavan. The US president also received a tri-services guard of honour at the presidential palace.

The Trumps, who also paid homage to Mahatma Gandhi at his memorial Rajghat here, arrived in Ahmedabad around noon on Monday for the first leg of their 36-hour India visit.