The 75th Independence Day is being marked with the "Azadi ka Amrit Mahotsav" that will include year-long celebrations. 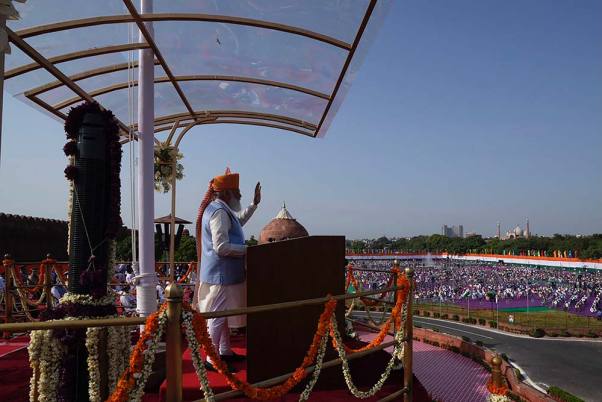 India has to march ahead with new pledges for the next 25 years, PM Modi said in his address.

"We have to ensure we meet our goal of building Aatmanirbhar Bharat when we celebrate 100 years of India's Independence," the prime minister said.

Shop Till You Drop: When Indian Consumers Were Set Free

Digital India: How India Is Adopting And Adapting To The Brave New World

Modi, who hoisted the tricolour at the historic Red Fort before his speech, stressed that the day should not be merely a ceremony.

People can take pride that the world's largest Covid vaccination programme in going on in the country, he said.
He lauded doctors, nurses as well those involved in vaccine manufacturing and others involved in fighting COVID-19.

Pain was one of greatest tragedies of the last century, the prime minister said while asserting that August 14 will be remembered as Partition Horrors Remembrance Day.

He also lauded India's Olympic contingent, which was present at the Red Fort, and said their performance encouraged the youth of the country.