The hotline has been set up between the Indian Army in Kongra La in North Sikkim and China's People's Liberation Army (PLA) at Khamba Dzong in the Tibetan Autonomous Region. 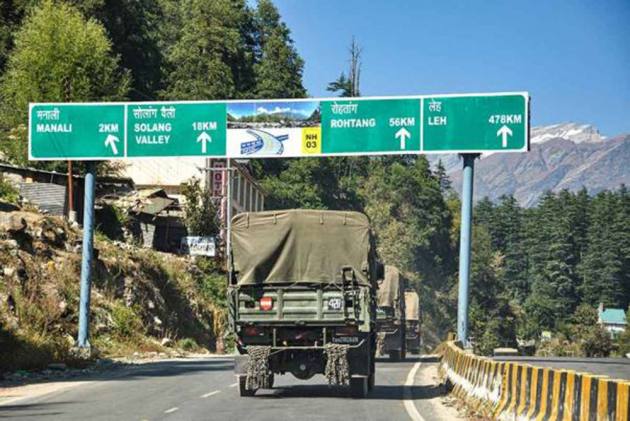 The Indian and Chinese armies established a new hotline in North Sikkim sector on Sunday in the backdrop of the 12th round of military level talks between the two sides. The hotline will help local commanders of both sides to directly speak to each other to address any issue or differences on the ground along the Line of Actual Control (LAC), officials said.

The hotline has been set up between the Indian Army in Kongra La in North Sikkim and China's People's Liberation Army (PLA) at Khamba Dzong in the Tibetan Autonomous Region.

This development comes in the backdrop of the military leaders of both the neighbouring countries holding talks on Saturday. The talks, which lasted for nine hours, witnessed detailed discussions on the need for stability in eastern Ladakh and it is learnt that the two sides discussed, "specific details to cool tempers in the remaining friction points including moving ahead with the disengagement process and agreed to jointly maintain stability on the ground".

According to sources, during the talks, Delhi urged for disengagement of troops along friction points in eastern Ladakh including in Hot Springs and Gogra. While there’s been no official comment on the outcome of the negotiations that took place at the Moldo border point on the Chinese side of the LAC in eastern Ladakh, a statement on the talks is expected on Monday.

Amid these developments, the Indian Army said the new hotline has been established to further the "spirit of trust and cordial relations along the borders". The setting up of the hotline coincided with PLA Day.

It said the inauguration of the new hotline was attended by ground commanders of the two armies and a "message of friendship and harmony" was exchanged through it.

"A hotline was established between Indian Army in Kongra La, North Sikkim and PLA at Khamba Dzong in Tibetan Autonomous Region to further the spirit of trust and cordial relations along the borders. The event coincided with the PLA Day on August 1," it said in a statement.

The two sides have already have hotline facilities for ground commanders in eastern Ladakh and Arunachal Pradesh sectors.

"The armed forces of the two countries have well-established mechanisms for communication at ground commanders level. These hotlines in various sectors go a long way in enhancing the same and maintaining peace and tranquillity at the borders," the Army said.

"The inauguration was attended by ground commanders of the respective armies and a message of friendship and harmony was exchanged through the hotline," the Army said.

Officials said with the setting up of the hotline, the ground commanders will be able to speak directly and resolve any differences if they crop up.

In May last year, both the armies had a face-off in North Sikkim's Naku La, a region located at an altitude of 16,000 feet.

The establishment of the hotline assumed significance as it came amid a continued standoff between the two armies in a number of friction points in eastern Ladakh.

The border standoff between the Indian and Chinese militaries erupted on May 5 last year following a violent clash in the Pangong lake areas and both sides gradually enhanced their deployment by rushing in tens of thousands of soldiers as well as heavy weaponry.

As a result of a series of military and diplomatic talks, the two sides completed the withdrawal of troops and weapons from the North and South banks of Pangong lake in February in line with an agreement on disengagement.