India's Bravehearts: 'I Cannot Gaurantee, This Is War, Sir' 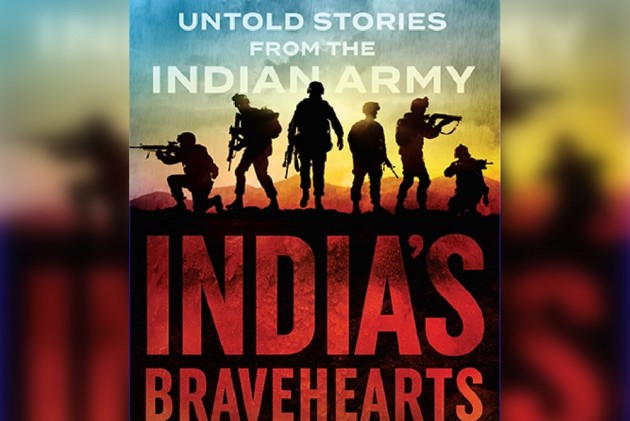 What could be the hidden opportunity in an operation like this? They always send terrorists across the LoC and we are always defensive and reactive. Then it struck me that there is outrage in the nation, the country is incensed at Pakistan sponsored terrorism, my soldiers want revenge and there is a bold leadership at the Centre. So why not plan for a strong riposte? Something that had never been done before? Something that can cause the other side hurt and pain in equal measure?

At my headquarters, I finished briefing the defence minister on a map in my operational room. The Army Chief, General Dalbir Singh Suhag, and the Northern Army Commander, Lieutenant General D.S. Hooda, were also present. Kashmir was my area of responsibility. That is the reason I was doing the talking and briefings. The minister did not interrupt me even once. As I finished giving an account of what had happened so far, he asked, ‘So what is the plan now?’ I said, ‘Sir, if you are asking me about what we can do, then I would like to brief you alone.’ ‘Yes yes, I would like to talk to you in your chamber,’ he said. The officials accompanying the minister did not join as the minister, the Army Chief and the Northern Army Commander walked to my office.

The Army Chief and the Northern Army Commander spoke first. It was their role to work out the larger plans and possibilities at a national level. They talked about our preparedness to take any action and discussed the possibility of our response spiralling into something bigger – that would be beyond my level, as I was in charge of the operational domain only in Kashmir. Mr Parrikar then turned towards me. ‘What do you have to say?’ I simply said, ‘Aap haan keh do, main kar doonga, sir (You give me the go-ahead, and I will do it, sir).’ I thought I saw a glint in his eyes, and I knew I had his full attention.

I told him that the Chief would take care of the big picture at the national level; once he gave the green signal, we would plan and execute a bold response on the ground. ‘For years, we have been taking a hit when they send in terrorists, and we are unable to react in kind. We will do something which will create that hurt for them too. We will go across the LoC and hit the terrorists’ camps inside their territory. But please leave the choice of targets and timings to us.’

For reasons of security, I cannot divulge the details of the operational discussion. What I can reveal is that the defence minister then asked me two quick questions. First, ‘There will be no collateral damage, I hope?’ I assured him that we 11 Surgical Strike Across the LoC should be able to manage that by going through uninhabited areas. In any case, to maintain an element of surprise we would need to keep clear of inhabited areas.

The second was more of a wishful comment. ‘There should be no casualties to our own soldiers.’ I promptly replied, ‘I agree, sir, we should have no casualties, but I cannot guarantee anything. This is war.’ He paused for a moment, and my heart sank, thinking how hard a politician would find it to agree to such a thing. He said only one word, ‘Barobar!’ This Marathi word has different meanings in different contexts. Here, to me, it sounded like ‘Great! Let’s do it.’ When I heard this, for the first time on that dark Sunday I felt a glimmer of satisfaction and relief.

The plan was simple and audacious. We would, in an unprecedented move, raid a few terrorist camps across the LoC, cause heavy casualties and hopefully return with all our men unharmed. Then we would announce to the world and to Pakistan what we had done and why we had done it, unlike Pakistan which always denies that it sends in terrorists. After the minister left, it was agreed that I would discuss the options and possibilities with the Army Commander.

The tension mounted in the early hours of 29 September 2016. We were to start the raids simultaneously after everyone was in position. Suddenly I was told that firing had started in one of the locations. I wasn’t sure if our team had been discovered and the enemy had fired first or one of our teams had started the firing for whatever reason. Since the first shot had been fired, we decided to advance the launch by fifteen-twenty minutes.

Now that the raids had begun, the anxiety in the operations room ratcheted – would this turn out to be a calculated risk or a reckless gamble? Would we achieve success in the mission? What if there were heavy casualties? There were moments when I found myself extremely confident that all would be well. I had taken a leap of faith, and I believe fortune favours the brave. Then the next moment I would find myself on pins and needles, thinking of everything that could possibly go wrong.

This was the first time I realized how difficult it is for someone who has been in operations to sit outside and control it. First, you miss the action and you want to be there in the middle of it – participating and directing. Second, sitting outside, far away in an operations room yet intimately involved in each and every step of the planning, you feel utterly powerless. Thank heavens my vacillating moods could not be seen by the brave soldiers conducting the operations.

At one of the terrorist camps, we got lucky. A huge petrol and diesel dump was hit by a handheld rocket launcher and caused heavy casualties. The explosion created a huge blast which could even be seen in the UAV footage. Although the blast could not be heard, the black cloud of smoke that rose in the air obliterated our view of the drone footage. It seemed a fitting response to the fire that had engulfed the cookhouse and tents at Uri.

The strikes on terrorist camps across the LoC did not last very long. Ours was a swift operation conducted with precision, and while there was the temptation to stay on and cause more damage, the team leaders, as they had rehearsed, broke contact and withdrew rapidly so that they could easily escape back to our side of the LoC. Dawn was breaking.

Now was the crucial period of the whole operation – from the moment the soldiers began to exfiltrate to our side till the point the last man came back in. This is the period when the soldier has neither the element of surprise nor darkness to defend himself. Our anxiety in the control room reached a fever pitch at this point. Every time the phone rang, I would flinch, half expecting news of some casualty. At least to me, my sigh of relief was very audible every time it turned out to be some other news. And thankfully, it always was.

Within thirty minutes, our men were all back on the Indian side of the LoC. Not a single soldier had been injured during the raid. When I reported to the Army Commander that the operation had been successful and that all our soldiers were back safely, I could sense his relief across the line. We could feel this with whoever we spoke to on the phone after the mission, up or down the chain.

(The excerpt has been taken from the book 'India's Bravehearts: Untold Stories From The Indian Army'.  It has been published with permission from Juggernaut.)