Bisaria was asked to return to the Indian capital for "consultations" following the Pulwama fidayeen attack in which 40 CRPF men travelling in a bus were blown up. The attack was carried out by the Pakistan-based Jaish-e-Mohammad. 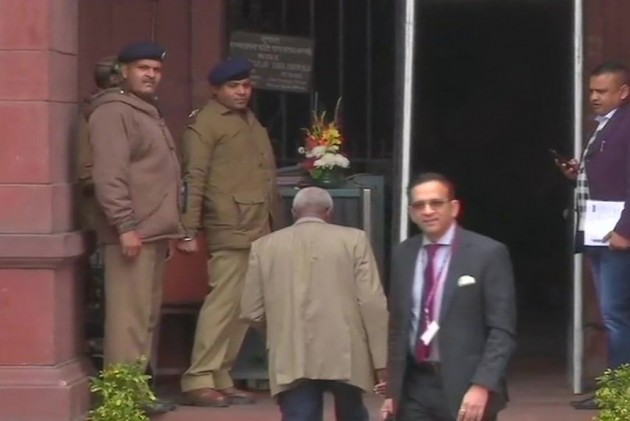 Asked to return to India for "consultations" in the wake of the Pulwama terror attack, India's High Commissioner in Islamabad Ajay Bisaria on Saturday met Foreign Secretary Vijay Gokhale and National Security Advisor Ajit Doval, as relations with Pakistan sank to a low.

Bisaria had arrived in New Delhi on Friday night.

After holding talks with the Foreign Secretary and the NSA, Bisaria left the South Block.

He told reporters he will be in India for some days and return to Islamabad after that.

He was asked to return to the Indian capital for "consultations" following the Pulwama fidayeen attack in which 40 CRPF men travelling in a bus were blown up. The attack was carried out by the Pakistan-based Jaish-e-Mohammad.

India has squarely blamed Pakistan for the incident, and for allowing terror outfits to operate from its soil with impunity.

On Friday, India announced it was withdrawing Most Favoured Nation Status to Pakistan as a measure of retaliation, and also ratcheted up its diplomatic offensive to "isolate Pakistan". The envoys of 25 countries, including the P5, were briefed by the Foreign Secretary on the long rope Pakistan has given to terrorists operating from its soil, including Jaish chief Masood Azhar.

The Pakistan High Commissioner to India Sohail Mahmood was summoned to South Block and issued a very strong demarche over the attack.

Pakistan has been told to take "immediate and verifiable action" against the JeM and immediately stop any groups or individuals associated with terrorism operating from its territories.