'Indian Media Is In State Of Crisis': Ravish Kumar In His Ramon Magsaysay Award Speech

Known for pathbreaking ground reportage and strong criticism of TV media in India, Kumar once again underlined the 'crisis' facing the Indian media which, according to him, isn't 'accidental or random but structural.' 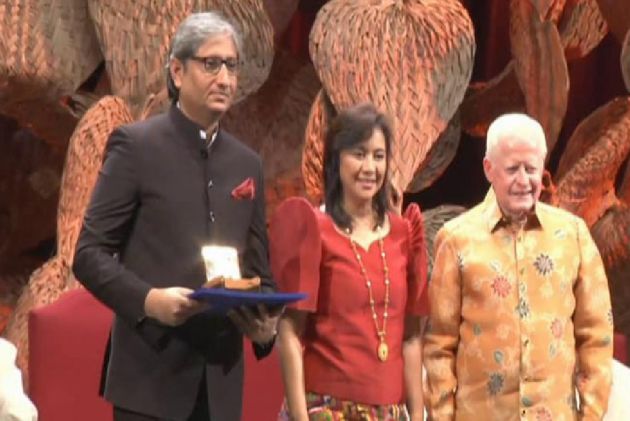 Television journalist Ravish Kumar was on Monday honoured with the prestigious Ramon Magsaysay Award 2019 for giving "voice to the voiceless." In his speech after receiving the award, Kumar thanked the Ramon Magsaysay Foundation for conferring this honour upon him.

"My world has changed since the announcement of the Ramon Magsaysay Award. Your hospitality has won over my heart ever since I’ve landed in Manila as it has outshined the honour conferred upon mem," he said.

Known for pathbreaking ground reportage and strong criticism of TV media, Kumar once again underlined the "crisis" facing the Indian media which, according to him, isn't "accidental or random but structural."

He said that inequality was mostly measured in terms of health and economy, "but it is time for us to take cognisance of knowledge inequality as well," he said.

Speaking of what he refers to as the "propaganda machinery of WhatsApp university", Kumar said the youth cannot be blamed entirely for the lack of knowledge since they had been "denied quality education and information".

He added that it was then "all the more important" to evaluate the crisis facing the media in this context. "If media too start functioning like a WhatsApp university peddling fake news, what would then be its consequences on the society?" Kumar asked as a patient audience listened to him.

Kumar, however, added that the congratulatory messages he had received also reflected people's worries. He said the citizens of India were beginning to question how the national media had turned "rogue".

"Therefore, while I am happy for myself, I am also sad looking at the state of the profession I represent," he said.

He said being a journalist in India had become a "solitary endeavour" and "uncompromising journalists" were being forced out of their jobs by organisations in India.

Kumar, 44, is NDTV India's senior executive editor and one of India's most influential TV journalists who has been reporting real-life and under-reported problems of ordinary people.

The Ramon Magsaysay Award is Asia's highest honour and is given every year to individuals or organisations in Asia who manifest the same selfless service and transformative influence that ruled the life of the late Filipino leader.

Born in Jitwarpur village in Bihar, Kumar joined New Delhi Television Network (NDTV) in 1996 and worked his way up from being a field reporter.

After NDTV launched its 24-hour Hindi-language news channel - NDTV India - targeting the country's 422 million native speakers of Hindi, he was given his daily show "Prime Time."