Debbie Abrahams, who is Chair of the All Party Parliamentary Group (APPG) on Kashmir, claimed she was travelling on a valid e-visa to India to visit family and friends but her visa was revoked without explanation. 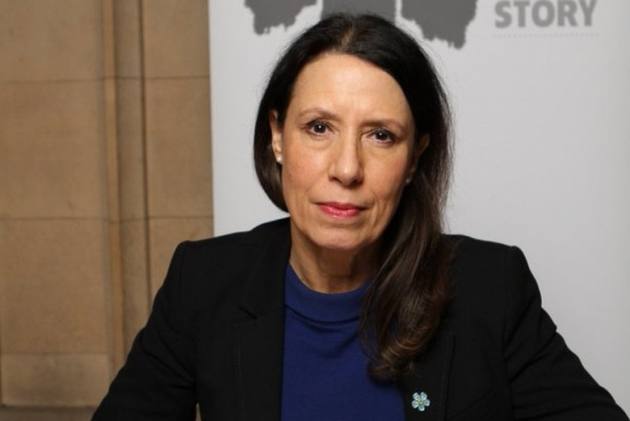 The Indian High Commission in London confirmed on Tuesday that British lawmaker Debbie Abrahams, who was denied entry to India and deported to Dubai on Monday, did not hold a valid visa.

Abrahams, who is an Opposition Labour Party MP and Chair of the All Party Parliamentary Group (APPG) on Kashmir, claimed she was travelling on a valid e-visa to India to visit family and friends but her visa was revoked without explanation.

She questioned why her visa was suddenly revoked and also the possibility of a visa on arrival, something India does not offer.

"Mission has confirmed from the Indian immigration authorities that Ms Debbie Abrahams did not hold a valid visa,” the Indian High Commission said in a statement on Twitter.

"Further, there is no provision for visa on arrival for UK nationals. She was accordingly requested to return," the statement noted.

Abrahams, who has been a vocal critic of the Indian government's abrogation of Article 370 in Jammu and Kashmir, posted what looks like an e-visa document on Twitter to show that she had a visa issued on October 7 last year, which was valid until October 5, 2020.

"Once again the key questions are why was it revoked and when,” the Labour Party MP questioned.

"Again, for clarity, I am PRO human rights and social justice. I will always speak up for people who are not afforded these rights including Kashmiris on both sides of the Line of Control,” she added, as part of an ongoing social media row over the issue.

In an account of her experience at the Indira Gandhi International Airport on Monday, Abrahams said she had presented herself at the immigration desk along with her documents and e-visa.

"...the official looked at his screen and started shaking his head. Then he told me my visa was rejected took my passport and disappeared for about 10 minutes.

"When he came back he was very rude and aggressive shouting at me to ‘come with me'. I told him not to speak to me like that and was then taken to a cordoned off area marked as a Deportee Cell. He then ordered me to sit down and I refused. I didn’t know what they might do or where else they may take me, so I wanted people to see me," she said.

The official then reportedly called her sister-in-law's cousin, Kai, who she was meant to be staying with in Delhi. Kai got in touch with the British High Commission in New Delhi in an effort to try and find out what was going on but they allege that there has been no clarification from the Indian side over the issue.

The UK Foreign Office said she had been offered consular assistance and have been in contact with the Indian authorities to determine the circumstances of her entry being denied.

"We are in contact with the Indian authorities, and the Minister for South Asia and the Commonwealth has spoken with the Indian High Commissioner to establish why the individual concerned was denied entry to India," said a spokesperson for the Foreign and Commonwealth Office (FCO).

Abrahams was among a group of MPs who had issued formal letters following the revocation of Article 370 in Jammu and Kashmir, which removed the special status of the region, in August last year.

"We are gravely concerned at the announcement by Indian Home Minister, Amit Shah, that Article 370 of the Indian Constitution, which grants special status to Jammu and Kashmir, has been removed by Presidential Order," the Opposition MP noted in her letter to the UK Foreign Secretary, Dominic Raab, at the time.