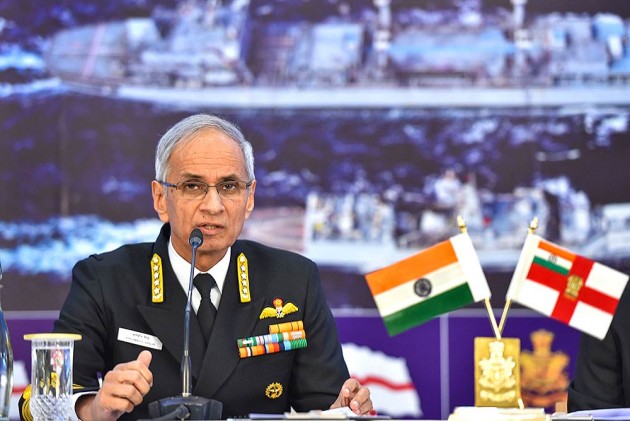 The Indian Navy has issued direction to ban the use of all smartphones and social networking platforms onboard its ships and naval bases after the recent arrest of seven navy personnel for allegedly leaking sensitive information to a spy racket connected to Pakistan.

"All social networking platforms including Facebook, Instagram, WhatsApp and other messengers from here on now will not be allowed at the naval bases and ships," said a senior Indian Navy officer.

The officer said that no smartphones were allowed onboard ships and naval bases as well.

On December 20, Intelligence agencies busted an espionage racket linked to Pakistan with the arrest of seven Indian Navy personnel and a hawala operator.

The arrest of the seven navy officials from Mumbai, Karvar and Vishakapatnam for leaking sensitive information about the movements of warships and submarines to Pakistani agents had exposed lapses in the security apparatus placed around critical assets in India.

"Three sailors were arrested from Visakhapatnam, two from Karwar and two from Mumbai," said intelligence agencies, which busted the espionage racket being run by Pakistan.

The agencies had stated that both Eastern and Western naval command centres, responsible for security of the maritime borders from China and Pakistan, were exposed to these Pakistan's agents.

"Some more suspects are being questioned," the agencies said.

The western naval command is located in Mumbai from where all nefarious activities carried out by Pakistan was also exposed and so was Karvar, the naval centre which has the lone aircraft carrier Vikramaditya.

The Indian Navy, however, maintained that all of their critical assets are intact and there is no security breach.

In the meantime, Andhra Pradesh police intelligence wing had also said that they have busted the racket under an operation named 'Dolphin's Nose' in association with the central intelligence agencies and Naval Intelligence.

The accused were produced before the National Investigation Agency court in Vijayawada on December 20. They were remanded to judicial custody till January 3.

The police had said that all the arrested officials were in touch with Pakistani women who had befriended them on Facebook.

It is alleged that officials were paid through a hawala operator for providing information. The chats between these sailors who were being used by Pakistanis were sexually explicit.

Sources said the honey trap with women posing as their friends on Facebook was set up by the Pakistani intelligence operatives. The sailors were later blackmailed and forced to give information.

"We are further probing the matter and more people could be arrested," said the agencies.