Dr Jarnail Singh died on February 6 in Singapore. His death has prompted tributes from those in the aviation and medical sectors worldwide. 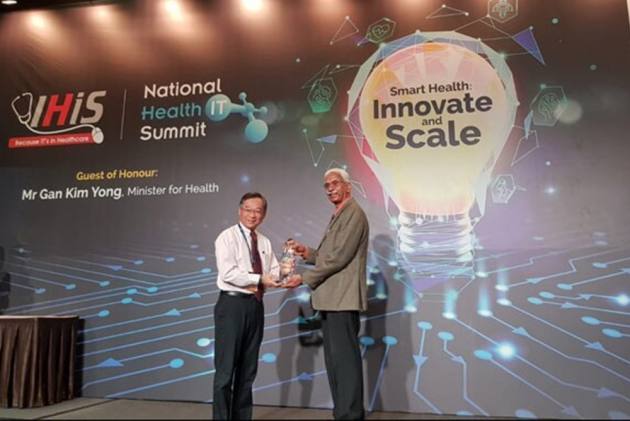 Dr Jarnail Singh, an Indian-origin doctor who gained the limelight as an expert on stopping the spread of communicable diseases via air travel died on Wednesday.

He coordinated the international response during the Severe Acute Respiratory Syndrome (SARS) outbreak in 2003 that allowed the aviation sector to get back on its feet, the Straits Times reported.

Singh died on February 6 in Singapore. His death has prompted tributes from those in the aviation and medical sectors worldwide.

Professor Chew Chin Hin, an emeritus consultant at Tan Tock Seng Hospital, said Dr Singh had a large part to play in establishing aviation medicine as a speciality in Singapore.

He had focused on training younger medical examiners who are responsible for health assessments of pilots and air traffic controllers.

"Aviation medicine has advanced immensely in recent decades. Certainly, Jarnail has contributed in a large measure to the training and in establishing high standards of the speciality, to the benefit of the many aviation medicine physicians we have today," said Prof Chew.

"Internationally, he was greatly respected as a much sought-after authority for expert advice. He will be greatly missed," the report quoted Prof Chew as saying.

Aviation medicine focuses on the safety and health of air crew and passengers and tackles the spread of disease through air travel, which makes pandemics a transborder and transcontinental event.

In an interview with the Singapore Medical Association in 2015, Dr Singh described humans as "the weak link in the entire safety chain", which aviation medicine hopes to strengthen.

He added that one of his proudest achievements was the build-up of the Singapore air force's aeromedical centre, once using a video of himself losing consciousness in a training centrifuge to convince the then Minister of Defence that it was a necessary investment for the Republic's pilots.

Dr Singh was posted to Singapore's local air bases as a doctor while he was serving his national service, which heavily influenced his decision to specialise in the aviation sector.

Dr Michelle Millar of the air navigation bureau of the International Civil Aviation Organisation (ICAO), said, "With the passing of Dr Jarnail Singh, aviation has lost one of its regulatory pioneers in managing fatigue risks. Due in no small part to his contributions, ICAO went on to adopt new standards and recommended practices to address pilot fatigue.

"His gentlemanly manner, his passion for safety, and his willingness to contribute will be sorely missed in ICAO halls and his loss will be felt across the global aviation community."

Professor Philippa Gander of the Sleep/Wake research centre at New Zealand's Massey University, which worked with Dr Singh on ultra-long-range flights, said it "seems like the passing of an era".

"I will remember Jarnail as a warm, gracious and smart colleague... A remarkable man who always sought the greater good and will definitely be missed."

Dr Singh is survived by his wife, a son and a daughter.