Indian Railways To Levy User Fee For 'Redevelopment' Of Stations

According to sources the user fee will vary according to class-- it would range between Rs. 10 and Rs. 35 with the higher price for AC first-class passengers. 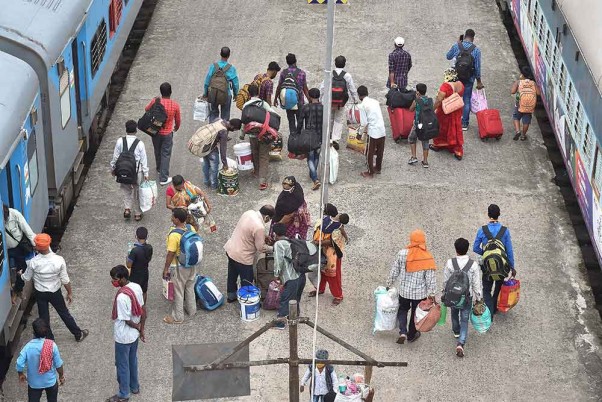 Railway passengers may have to shell out additional Rs. 10-Rs. 35 for ticket fares as user charges for availing state-of-the-art amenities at redeveloped stations. According to sources, this move is meant to help the Railways in raising funds for redeveloping more stations. This is part of a proposal being finalized by the Railways which will soon be sent for Cabinet nod.
According to sources the user fee will vary according to class -- it would range between Rs. 10 and Rs. 35 with the higher price for AC first-class passengers. The Railways had earlier clarified that user fee would be levied only across stations which will be redeveloped and those that have high footfalls.

This is the first time that such a fee, which is levied on air passengers, will be charged from rail users. User Development Fee (UDF) is charged at various airports and the rate varies from city to city. “User charges are essentially a small token amount which when collected, will be ploughed back into the improvement of conveniences and facilities for all passengers at the railway station," a railway ministry spokesperson said.

"The amount of this fee is expected to be very reasonable and minimalistic so that there is no burden on anyone, especially common people. This little sum will only be levied at the stations where the footfall is high. It will only be collected by the facility management when the development of the station is complete,” he added.

The spokesperson also said that the matter is under consideration and no final decision has been taken on the amount of user charge. "But one thing is certain, that these user charges, as levied, would be minimal and would not be hard on any section of passengers,” he said.

Railway Board CEO VK Yadav in a press conference on September 17 had said that the railways will not levy user charges across all 7,000 stations but only in “all major stations where the footfall of passengers is increasing over the next five years.” He had added that the Centre will soon issue a notification regarding this issue.