Located in the Kodungallur taluk in this central Kerala district, the "Cheraman Juma Masjid" is known to be the oldest mosque in the subcontinent and is opening after 30 months of restoration work. 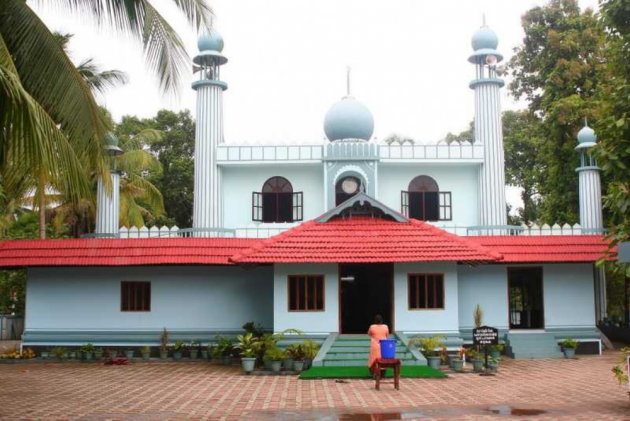 The oldest mosque in India dates back to 629 AD. The grand old structure, which had fallen into disrepair and had been closed for years, is set to reopen now after nearly 30 months of renovation.

Located in the Kodungallur taluk in this central Kerala district, the "Cheraman Juma Masjid" is known to be the oldest mosque in the subcontinent. Following a painstaking restoration project undertaken by the state-run Muziris Heritage Project (MHP),  the mosque with its classic beauty and humble style is set to welcome devotees and the general public again.

The heritage structure was recreated in tune with its original character and aesthetics, at a cost of Rs 1.14 crore, PM Noushad, Managing Director of MHP, said.

Besides the renovation and conservation initiative, which started in May 2019, a two-storey Islamic Heritage Museum was also constructed in the mosque campus spending nearly Rs one crore and its internal refurbishment is going on now, he noted.

After submitting the letter of completion to the government, the MHP authorities are now awaiting Chief Minister Pinarayi Vijayan's date to reopen the oldest mosque for visitors.
"It is expected to happen any day. We are waiting for a convenient day of the Chief Minister for the inaugural function. If the COVID-19 situation is completely under control, it may happen within the next two weeks," Noushad said.

According to Oral tradition, Cheraman Perumal, as the king, went to Arabia where he met the Prophet (PBUH) and embraced Islam in the early 7th century.
From there, he had sent letters, along with Malik Ibn Dinar, as a Persian scholar who travelled to India.

Dinar is believed to have built the masjid in 629 AD, five years after the king's death.
Noushad said they focused more on conserving the existing portions of the old structure and recreate its appearance in the past based on the old photographs.

"We demolished the additional concrete structure added to the main building in 1974. We recreated the old structure of the mosque with a tile roof as seen in the old photographs," he said.

Luckily, several portions of the basic structure were found retained as such, he said, adding that such portions had been renovated and conserved.

Besides the MHP's conservation effort, a multi-crore construction project is also underway at the masjid under the aegis of the mosque management.

An underground prayer hall, being constructed, is envisaged to accommodate at least 2000-3000 devotees.

A total of Rs 15-20 crore is expected for the same, the MD explained.

"It's structural work and internal plastering is over. Flooring and beautification work is pending and expected to be completed soon," he added.

The MHP, entrusted with the heritage management by the state government, had initiated discussions with the mosque committee and entered into an MoU with them for implementing the renovation and conservation initiatives.

After the renovation, the MHP is now awaiting the nod to include the Cheraman Juma Masjid in the Union Ministry of Tourism's 'National Mission on Pilgrimage Rejuvenation and Spiritual Augmentation Drive (PRASAD).

A proposal for a Rs 10 crore project has been submitted to the Centre in this regard, the official said adding that the construction of a facilitation centre and the rejuvenation of a pond in the mosque campus would be a reality if it is included in the PRASAD scheme.

"A large number of people from across the state are coming here now to have a glimpse of the renovated structure of the oldest mosque, '' Noushad added.

The Cheraman Masjid occupies a pivotal place in the Muziris civilisation that enjoyed glory as the ancient world's greatest trading centre in the East, trading everything from spices to precious stones.

The land, also known as Mahodayapuram or Muyirikkode, was the capital of the Perumals as rulers in the line of Chera kings between 9th and 12th centuries AD.

In the early centuries, Kodungallur was a settlement of traders, standing as the doorway to India for varied cultures and races, thus emerging as a cradle of several civilisations.

It came to an abrupt end in 1341 owing to massive floods that submerged the region, according to MHP records.