India’s achievements as UNSC chair included a strong resolution on the situation in Afghanistan demanding that the Afghan territory not be used to threaten any country or shelter terrorists. 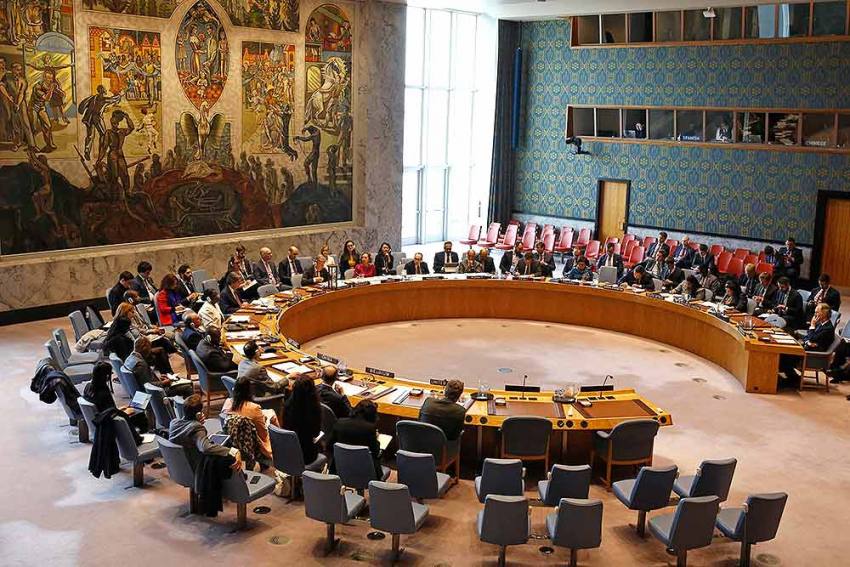 India’s month-long tenure as the chair of United Nations Security Council has ended with many achievements.

India’s presidency is said to have ended with “substantive” outcomes on key global issues. That includes a strong resolution on the situation in Afghanistan demanding that the Afghan territory not be used to threaten any country or shelter terrorists. Adopted on the penultimate day of India's Presidency of the Security Council, it was the first resolution being adopted by the Council on the situation in Afghanistan following the takeover of Kabul by the Taliban.

India assumed the rotating Presidency of the UN body for the month of August. The country is currently serving a two-year term as a non-permanent member of the 15-nation Security Council.

India And US Discuss UNSC Agenda, Will Work Together On ‘Rule-Based International Order’

“As we wind down our Presidency of UN #SecurityCouncil, we thank all colleagues in #UNSC for their tremendous support to make our Presidency a success with many substantive outcomes," India’s Permanent Representative to the UN Ambassador T S Tirumurti tweeted on Tuesday.

US Ambassador to the UN Linda Thomas-Greenfield congratulated India for a successful presidency of the UN Security Council for the month of August. "Your leadership and resilience saw us through many challenging issues -- especially the situation in Afghanistan,” she said.

"Thanks to @IndiaUNNewYork for a successful presidency during August. Highlights included: meeting on maritime security chaired by PM @narendramodi; and focus on peacekeeping & technology, and on counter-terrorism. Which can only mean 1 thing… we’re up next!” Ireland’s mission to the UN said.

Foreign Secretary Harsh Vardhan Shringla chaired the UNSC meeting on Afghanistan in which the resolution was adopted.

“I was in particular very happy to preside over the adoption of today's important resolution on Afghanistan, which has unequivocally conveyed that Afghanistan's territory should not be used to threaten or attack any country or to shelter, train terrorists or plan or finance terrorist acts.

"It underlines terrorist individuals and entities designated by UN Security Council (resolution) 1267. This is of direct importance to India," Shringla said on Monday.

Under India's Presidency, the Council held three sessions on Afghanistan and issued three press statements on August 3, 16 and 27, the last one strongly condemning the "deplorable attacks" near the Hamid Karzai International Airport in Kabul on August 26.

On the penultimate day of India's Presidency, the Council issued the strong resolution on Afghanistan "demands that Afghan territory not be used to threaten or attack any country or to shelter or train terrorists, or to plan or to finance terrorist acts, and reiterates the importance of combating terrorism in Afghanistan, including those individuals and entities designated pursuant to resolution 1267 (1999), and notes the Taliban’s relevant commitments.”

India began its Presidency with a high-level signature event on maritime security presided over by Prime Minister Narendra Modi, with Tirumurti describing it as “path-breaking” in many ways since this was the first time the Prime Minister of India chaired the Security Council.

The event was the first time when there was a comprehensive debate on the holistic concept of maritime security.

“The Presidential Statement deals with important issues relating to Maritime Security, including the place of UNCLOS (United Nations Convention on the Law of the Sea) in Maritime Security, freedom of navigation, terrorism, especially at sea like Mumbai attacks, trafficking in arms, drugs and humans, the place of regional and sub-regional organisations in this context, piracy,” Tirumurti had said.

External Affairs Minister S Jaishankar chaired the two other signature events – on Peacekeeping and Technology on August 18 and the briefing on ISIL/Da’esh on August 19.

Tirumurti had underlined that the event on peacekeeping showcased India’s strong commitment to peacekeeping, besides reflecting “our age-old tradition” in this field.

India exchanged an MoU with the UN in support of the 'Partnership for Technology in Peacekeeping' initiative and to UN C4ISR Academy.

Highlighting the several “historic firsts” that India achieved through this event as well, he had said for the first time, India drafted a resolution on peacekeeping focused on ensuring accountability for crimes against peacekeepers.

Following the August 19 ministerial-level briefing on ISIL/Da’esh, the Council unanimously issued a press statement that reiterated that they condemn in the strongest terms all instances of terrorism and noted with concern that ISIL (Da’esh) could regain the ability to launch or orchestrate international terrorist attacks.

Under India’s presidency, the Council successfully steered the discussions on various peace and security issues that are on its agenda, including Afghanistan, Myanmar, Syria, Yemen, and the Middle East Peace Process.

Several UN member states tweeted to express gratitude to India for its leadership of the Council during the month.

“Brazil extends its warm congratulations to the whole team of @IndiaUNNewYork – our partner in BRICS and IBSA– for presiding over the @UN Security Council in a specially critical month. As an incoming Council member, we look forward to working together next year,” Brazil’s Mission to the UN said.

Permanent Representative of Qatar to the UN Ambassador Alya Ahmed Saif Al Thani and UAE Mission to the UN congratulated India for the successful presidency of the UNSC during August.

Switzerland Mission at the UN thanked “@ambtstirumurti for today’s wrap up of a successful #UNSC presidency. This month underscored the need to Respect #HumanRights & #IHL in Afghanistan, Improve measures to protect #peacekeepers, Strengthen int'l response to humanitarian crises.”

"Thank you India for your dedicated leadership & spirit of transparency as President of the #SecurityCouncil in August. In addition to an interesting agenda & many adoptions, #NorwayUNSC will certainly miss the tasty social part of your programme," Norway Mission to the UN said.