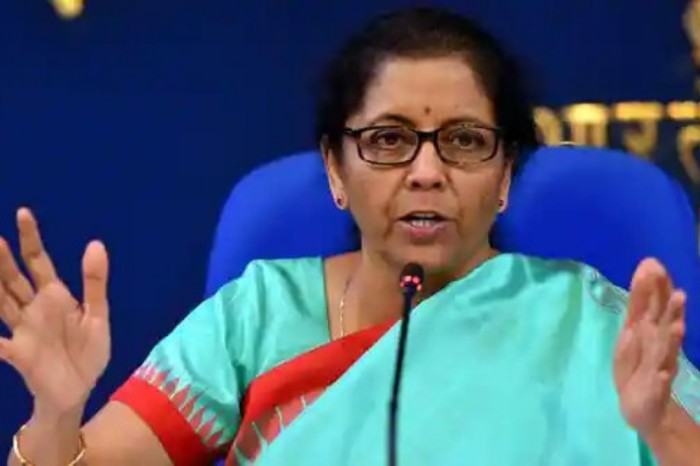 Union Finance Minister Nirmala Sitharaman on Saturday said Joe Biden Administration and leaders from the corporate sector in the US have hailed recent economic reforms introduced by the Government of India.

"The reforms that we've undertaken, particularly the steps taken for the withdrawal of the retrospective tax has been mentioned by the United States Administration as a very positive step," she said.

"The businesses with whom we have been interacting have also welcomed that decision," Sitharaman said at the conclusion of the Washington DC-leg of her US trip.

From here, she will go to New York for an interactive session with the business community before flying back home.

She started her week-long trip from Boston.

"Many of them (businesses) thought it was bold and even though it took some time to come. We have also explained that they were legal compulsions before which we had to wait because some of the litigations which were going on had to come to a logical conclusion," she said.

"We waited and the moment the logical conclusions were reached, we went to Parliament in withdrawing that. That’s been overall very positively welcomed," she said.

Responding to a question on a trade deal with the US, the finance minister said her focus was on investment incentivising agreement for which there is time till December.

"We have spoken about it. The two countries would like to carry on the negotiation and conclude at the earliest," she said.

"But on the larger issue of the trade itself, is something which commerce (ministry) is working together with the (American) counterpart. So, I have not engaged in depth into that," she said.

No stranger to India-US relationship, as she played a key role in this during her previous stints as the commerce and defense minister, this was Sitharaman’s first trip to the US after the COVID-19 pandemic hit both the countries.

In addition to participating in the annual meetings of the International Monetary Fund (IMF) and the World Bank here, her visit highlighted India’s economic recovery and her government's commitment to long-term reforms.

On the sidelines of the IMF and World Bank discussions, Sitharaman had more than 25 bilateral meetings, the most significant of those was the India-US Economic and Financial Partnership.

That meeting was co-chaired by the finance minister and Treasury Secretary Janet Yellen.

The discussions touched on key areas of economic recovery from the pandemic to macro economic outlook; cooperation on global economic matters; climate finance support to infrastructure funding and combating of financing of terrorism.

She had a series of meetings with business leaders both in Boston and Washington DC.

These engagements provided an opportunity to highlight structural reforms which the government has brought during the pandemic. (With PTI inputs)