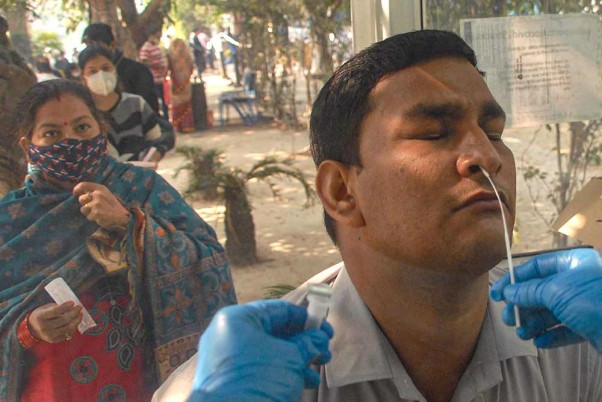 As many as 48,493 people recuperated from Covid-19 in a day bringing India's active caseload on Thursday to below 5 per cent of the total infections as daily recoveries remained higher than the single-day rise in cases for the last 47 days.

"This trend of more daily recoveries than the daily cases has led to a continuous contraction of India's active caseload. It has ensured that India's present active caseload of 4,43,303 consists of just 4.95 per cent of the country's total cases," it said.

Of the new recoveries, 77.27 per cent was contributed by 10 states and Union territories, with Kerala recording the most 7,066 people recuperating from Covid-19 in a day. Delhi registered 6,901 recoveries while Maharashtra reported 6,608 new recoveries, according to the health ministry.

India's Covid-19 caseload rose to 89.58 lakh on Thursday with 45,576 infections being reported in a day while the death toll climbed to 1,31,578 with 585 new fatalities, the health ministry data updated at 8 am showed.

Ten states and Union Territories have contributed 77.28 per cent of the new cases. Delhi reported 7,486 cases in 24 hours, Kerala 6,419 and Maharashtra 5,011 fresh instances of the infection.

Of the 585 new fatalities, 79.49 per cent have been from ten states and Union Territories. Delhi accounted for 22.39 per cent of the new fatalities with 131 deaths, Maharashtra 100 and West Bengal 54 new deaths, the health ministry said.