Lilly Singh wrote that since there's intense media spotlight on the red carpet, this was the perfect opportunity to show her solidarity with farmers. 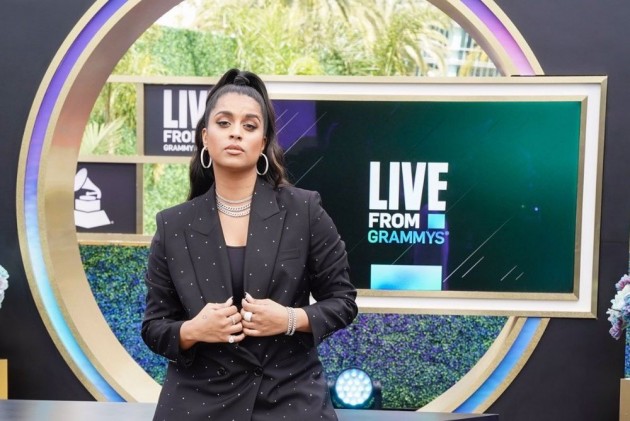 Indo-Canadian YouTube personality and late-night talk show host Lilly Singh was spotted wearing an "I stand with farmers" mask for the red carpet of the 2021 Grammy Awards to assert her support for the ongoing farmers' protests in India against the centre's three farm laws.

The 32-year-old social media star took to Twitter and posted a picture of herself from the 63rd edition of the Grammy Awards.

Singh wrote that since there's intense media spotlight on the red carpet, this was the perfect opportunity to show her solidarity with farmers.

"I know red carpet/award show pictures always get the most coverage, so here you go media. Feel free to run with it. #IStandWithFarmers #GRAMMYs," she captioned the photograph.

I know red carpet/award show pictures always get the most coverage, so here you go media. Feel free to run with it âÂÂÂÂÂÂðÂÂÂÂÂÂ½ #IStandWithFarmers #GRAMMYs pic.twitter.com/hTM0zpXoIT

Singh had previously thanked pop star, Rihanna, for supporting Indian farmers who have been protesting for over three months against the three contentious agri laws.

Rihanna's tweet in February had triggered a wave of support for the protesting farmers by a number of global personalities, activists and politicians.

"Thank you so much @rihanna. This is a humanity issue! #IStandWithFarmers and this narrative is tired," Singh had written.

Thousands of farmers, mostly from Punjab, Haryana and western Uttar Pradesh, have been camping at the Delhi border pointsó Singhu, Tikri and Ghazipurófor over three months, demanding the repeal of farm laws and a legal guarantee on the minimum support price (MSP) for their crops.