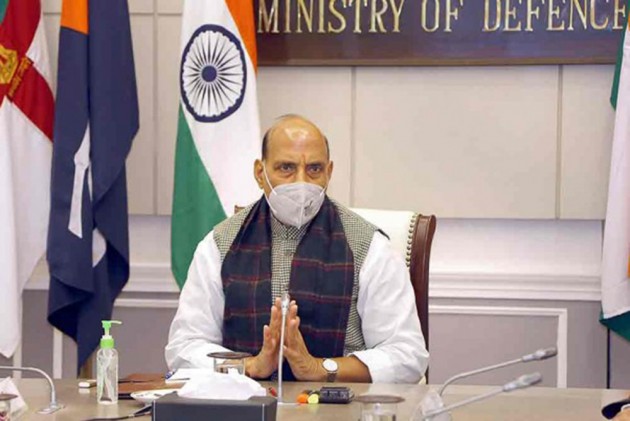 India and China initiated the disengagement process along the banks of the Pangong lake in eastern Ladakh, last week. The process began after nine rounds of diplomatic and military-level talks between the two neighbours.

The country will not allow any "unilateral action" on its border and will pay any cost to thwart such attempts, defence minister Rajnath Singh told the Bharatiya Janata Yuva Morcha's state conference in Tamil Nadu’s Salem on Sunday.

"After nine rounds of military and diplomatic dialogue, the disengagement process is complete. But unfortunately, the Congress is doubting the Indian army's bravery.... isn't it (the Congress’ apprehensions) an insult to the soldiers who sacrifice their lives…," Rajnath Singh said on Sunday.

The government under the leadership of Prime Minister Narendra Modi "has never compromised the country's unity, territorial integrity or sovereignty" and it shall never do so, Rajnath Singh further said.

The border standoff between the Indian and Chinese militaries began on May 5 last year following a violent clash near the Pangong lake. Soon after the clash both sides gradually enhanced their deployment by rushing in tens of thousands of soldiers as well as heavy weaponry even as the two countries held several rounds of military and diplomatic talks to resolve the issue.