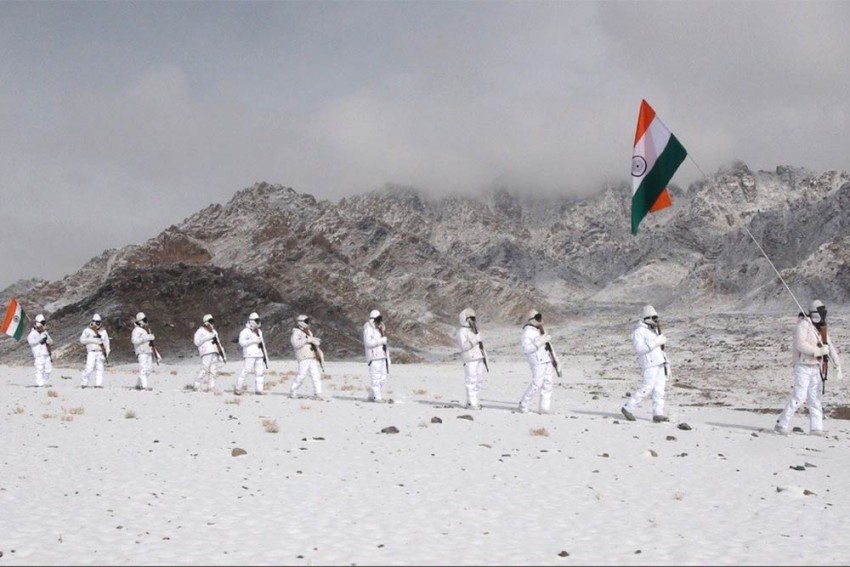 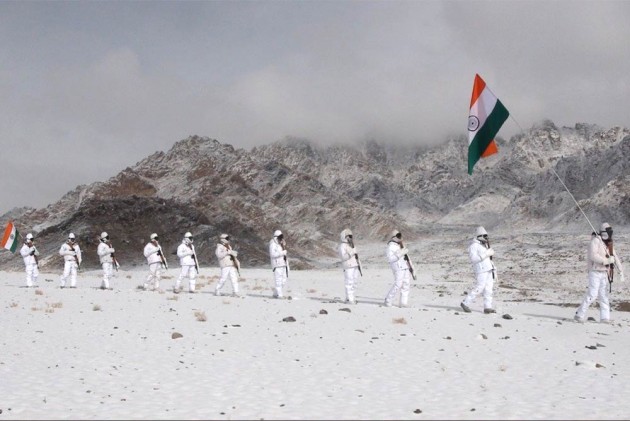 The Indo-Tibetan Border Police (ITBP) has begun deployment of 40 fresh companies across various locations along the Line of Actual Control (LAC) with China in view of the ongoing standoff and violent clashes between the armies of the two countries, officials said on Tuesday.

The border guarding force is also moving its mechanised column assets like SUVs, all-terrain vehicles, snow scooters and trucks to forward locations in the midst of the projected increase in the number of troops at border units and fresh directives to undertake "additional" patrols.

They said all these units, with an operational strength of about 4,000 mountain-warfare trained troops, are being withdrawn from internal security duties from various parts of the country.

About 40 ITBP companies are being withdrawn and are being mobilised to various locations along the LAC in various sectors including Ladakh and Arunachal Pradesh, official sources said.

They said the frontier formations of the force have been asked to prepare quarantine facilities for these new units as they are coming from the mainland and their exposure to the coronavirus pandemic cannot be ignored.

These troops, during their two-weeks quarantine, will also have the opportunity to prepare and acclimatise for high-altitude deployment along LAC that is marked by freezing temperatures and thin oxygen levels, they said.

A "good number" of officers who command companies and battalions are also being posted at the two newly operationalised commands of the force -- western headquartered at Chandigarh and eastern at Guwahati, they said.

An Inspector General (IG) was given the charge of the command in Chandigarh recently while the one at Guwahati is being looked after by an IG based in Delhi.

The commands are supposed to be headed by Additional Director General (ADG) rank officers but the nearly-90,000 personnel strong force, at present, has none.

It is understood that the force has sought the Union home ministry's intervention in filling up vacant posts at the senior level.

Sources said while 15 ITBP companies were recently withdrawn from various locations of the country including Jammu, the rest are being pulled out from Delhi, Chandigarh, Chhattisgarh and few other locations.

Apart from these 40, it is expected that 20 more such units could be withdrawn over a period of time so that an "optimum" presence of the force is maintained across 180 border posts and over 50 'staging camps' or temporary bases along the 3,488 km LAC that stretches from Karakoram Pass in Ladakh to Jachep La in Arunachal Pradesh.

ITBP Director General (DG) S S Deswal also reviewed the deployment of the force in the Ladakh area after he visited the north-west frontier based in Leh along with senior army commanders on Saturday.

The sources said the DG reviewed the COVID-19 quarantine and mountain acclimatisation facilities available with the force in this area and directed that freshly recruited and young troops in the age group of 35-40 years should be sent to those locations that have harsh climatic conditions and are witnessing standoffs like the Galwan valley and Pangong Tso areas.

Deswal had told PTI last month that the force has delayed the annual battalion changeover plans in view of the coronavirus outbreak and for two battalions of the force deployed in "extremely hard areas" the decision was to be taken after July.

However, officials said, this changeover may further be delayed as the units guarding the border posts and present along with the army troops in view of the present standoff and clashes with Chinese troops, have been asked to undertake more short-range and long-range patrols.

The ITBP will keep doing its job and in view of the ongoing tension especially after the violent clashes that led to 20 army troops laying down their lives in the line of duty, the force will assist the army as directed, the sources said.

The force was raised in the aftermath of the 1962 Chinese aggression and about 35 of its 60 battalions are deployed for border guarding along the LAC and its posts are located between 9,000 feet-18,700 feet in the western, middle and eastern sectors of this front.

India Downgrades Diplomatic Ties With Pak, Asks Its Embassy To Reduce Staff By 50% Within A Week