Indo-Pak Ceasefire Along LoC Will Have No Bearing On Counter-Terrorism Operations In J&K: Lt Gen YK Joshi

He said the northern command remained on the highest alert and made possible what was believed impossible by the bravery, grit, and determination of its personnel in the face of challenging situations along the border. 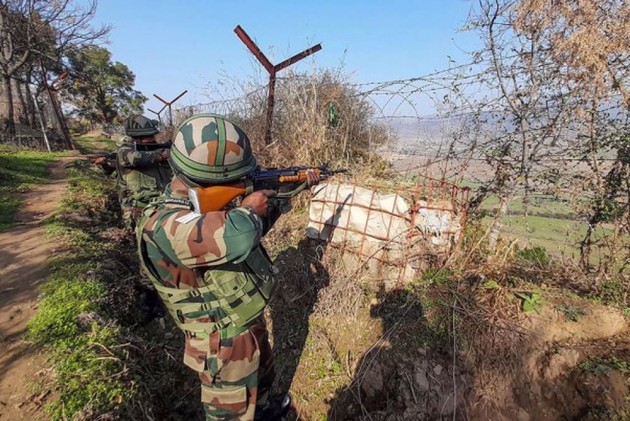 The Army's northern commander Lt Gen Y K Joshi on Saturday said the agreement between India and Pakistan to strictly adhere to the ceasefire pact along the Line of Control (LoC) will not have any bearing on the counter-terrorism operations in the union territory of Jammu and Kashmir.

He said the northern command, which looks after the security of Jammu and Kashmir and Ladakh, remained on the highest alert and made possible what was believed impossible by the bravery, grit and determination of its personnel in the face of challenging situations along the border.

"Recently, the Director General of Military Operations (DGMOs) of India and Pakistan have announced an agreement to uphold ceasefire along the LoC from February 24 and 25 midnight. I want to assure that this ceasefire will have no bearing on the counter-terrorist operations and we will maintain our alertness," Lt Gen Joshi said at the northern command investiture ceremony here.

"The northern command has always stood like a shield against the attempts by our neighbouring countries to spread disturbance and it will continue to remain so in the future. Whenever anyone raises an evil eye on our country, Indian Army has replied strongly," Lt Gen Joshi said.

Without naming China and Pakistan, he said Indian Army has maintained its domination on its borders with the neighbouring countries and helped in maintaining peace in the hinterland.

Referring to the eastern Ladakh standoff with the Chinese army, he said Indian Army stood up to the challenge on the snow-capped mountains of the Line of Actual Control during the challenging situation in 2020 and maintained the highest alert.

"Our action is a glaring example of our training, bravery and pledge (to safeguard the borders) and it will be written in history with golden words. The northern command made possible what seemed impossible. The success of the operation (in Ladakh) is the glaring example of the bravery of Indian Army,” he said.

He said 2020 was historic in many ways for the Army which demonstrated its mettle in eastern Ladakh by its "grit, determination, self-confidence, bravery and steadfastness".

He said there has been a tremendous improvement in the basic deployment and preparedness and the efforts in this direction will continue. “The measures we have put in to strengthen our defences, the same efforts were made to maintain peace,” he said.

In Kashmir, he said, the overall security situation saw a great improvement in the previous year as there has been a considerable reduction in terrorist-initiated incidents, stone-pelting activities and protests as a result of tireless efforts of the security forces and the people of Jammu and Kashmir.

He said the Army also played a key role in the fight against the coronavirus pandemic.

"Under 'Seva Paramo Dharma', Army doctors, nursing staff, ambulance and medical corps staff without caring for their lives worked round-the-clock and are continuously doing so," he said.

He congratulated those who were decorated for their bravery and conveyed his heartfelt gratitude to the brave men who made the supreme sacrifice on the borders, including at Galwan Valley, and in the battle against internal security challenges.

Lt Col Joshi urged all ranks, ex-servicemen, civilians and their families to rededicate themselves to the cause of the nation.