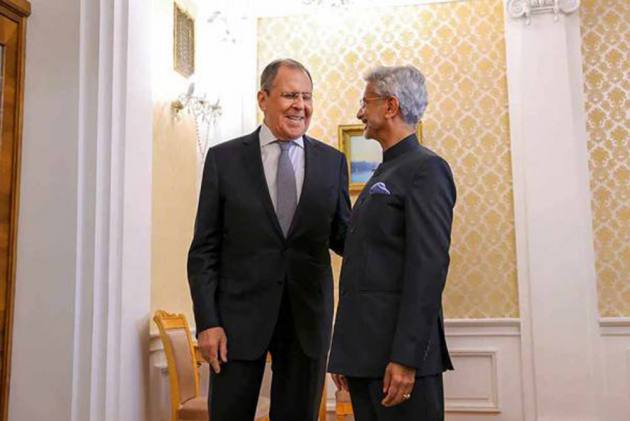 India and Russia on Wednesday announced that their bilateral annual summit did not take place this year only because of the Covid-19 pandemic, and that any imputation otherwise is "false" and "misleading".

The assertion by the two countries came following a media report that claimed that the two countries have not been able to hold their annual summit as Moscow has reservations over India joining the 4-nation Quad or Quadrilateral coalition. The Quad comprises India, the US, Russia and Australia.

"The India-Russia Annual summit did not take place in 2020 because of the Covid-19 pandemic. This was a mutually agreed decision between the two Governments. Any imputation otherwise is false and misleading," External Affairs Ministry Spokesperson Anurag Srivastava said in response to the report. "Spreading false stories on important relationships is particularly irresponsible,” he added.

“Russia is a very important friend of India. Damaging our traditional relationships is short-sighted and dangerous for our future,” Rahul tweeted earlier today, while sharing the media report.

Russia is a very important friend of India.

Damaging our traditional relationships is short-sighted and dangerous for our future. pic.twitter.com/U5VyFWeS6L

In a statement, Russian Ambassador to India Nikolay Kudashev called the report far from reality. "Find it to be far from reality. Special and privileged strategic partnership between Russia and India is progressing well despite Covid-19," he said.

"Staying in close touch with our Indian friends to work out new dates for the summit, postponed due to epidemiological reasons. We are confident that it will be held in the near future, while the Russian-Indian relations will continue its further development," he added.