Indore Doctor Dies Of Covid-19; Grim Reminder That Self-Medication Can Be Fatal

The doctor tested positive for Covid-19 just two days back though he had developed symptoms of the infection over a week ago. 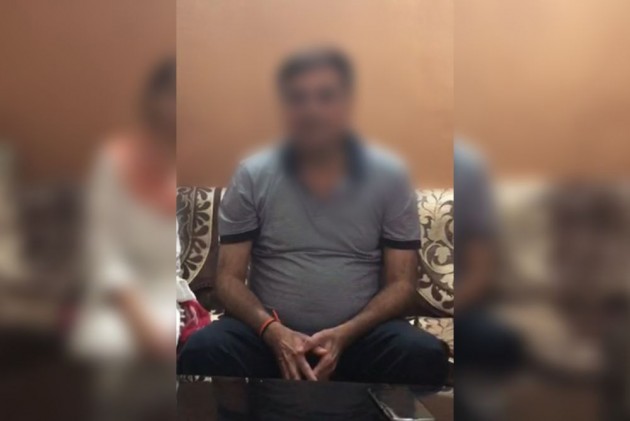 Dr. Shatrughan Panjwani, who had tested positive for Coronavirus earlier this week, succumbed to the viral infection on Thursday early morning around 4:30 am at Indore's Sri Aurobindo Hospital.

A 62-year-old general physician, Panjwani had his clinic in the Manik Bagh locality and used to treat over 150 patients, mostly from the middle and lower-income groups, on any given day.

The doctor tested positive for Covid-19 just two days back though he had developed symptoms of the infection over a week ago, sources close to the Panjwani family told Outlook.

Flu-like Symptoms? COVID-19 Or Not, This Is What You Should Do

Though he wasn't specifically treating coronavirus patients in Indore, a hotspot of the pandemic in Madhya Pradesh with over 170 confirmed cases, Panjwani became the first medical professional in the country to succumb to the virus which has now claimed 166 lives across India.

However, Panjwani's case also lays bare several critical chinks in India's battle for containing the pandemic. A relative of the doctor tells Outlook that the doctor had a history of severe diabetes, hypertension and allergic rhinitis (nasal congestion accompanied by chronic sneezing).

"About 10 days ago, there was a rumour that he hadn't been keeping well. As his clinic is close to my place, I thought of checking on him. I found the clinic shut when I reached there and his brother who is a chemist had also not opened his shop which is adjacent to the clinic", says the relative. He adds that he called Panjwani and asked if he should drop by at his home but "he told me he was fine but advised me not to visit him for the time being".

Another family-friend said that it was around this time that Panjwani shot a video of himself, with his wife sitting beside him, and shared it with his friends. In the video, Panjwani claims he is perfectly healthy and some people are spreading rumours about his ill-health.

"A few days later, his condition began to deteriorate and he visited a doctor at a private hospital. He told the doctor that he may have come in contact with two suspected Covid-19 patients at his clinic but had no way of confirming this," the family friend says. Since Panjwani had a history of rhinitis along with other complications, he "decided to self-medicate instead of visiting a specialist as soon as the first coronavirus symptoms began... this seems to have been a big mistake on his part, more so as he should have understood the urgency of seeking an expert opinion being a doctor himself", the friend adds.

The next day Panjwani was admitted to another private hospital in Indore. "Hospitals in Indore have been divided into three categories - green, yellow and red - for Covid-19 patients based on the severity of the patient's condition. this private hospital is in the green category which means it can accommodate patients with mild symptoms only. Within two days, Panjwani's health deteriorated and there was no ventilator available for him so he requested to be shifted to another well-known private hospital," a relative told Outlook.

However, despite being a medical professional with a three-decade-long well-established practice in Indore, Panjwani, say sources, had difficulty getting admitted to this hospital.

"The hospital was already crowded with patients and considering that Indore already has several Covid-19 patients with serious infection, the hospital authorities weren't convinced that Panjwani needed to be put on ventilator support immediately because his first coronavirus test report had been negative," the relative said.

The family then sought help from a prominent member of Indore's electorally significant Sindhi community of which Panjwani himself is a member. "Shankar Lalwani, the BJP MP from Indore spoke to the hospital authorities and later Tulsi Silavat (former health minister in the Kamal Nath government who was among the Congress rebels during last month's political crisis) also helped. Panjwani was then given admission and immediately put on ventilator", says a doctor known to the family.

A day later, Panjwani's condition deteriorated further and he was said to be critical though his second test report had not yet come. Panjwani's report arrived on April 8 confirming that he was Covid-19 positive.

"Since his condition continued to deteriorate, the administration felt he should be shifted immediately to the Aurobindo Hospital which had better facilities. Panjwani was shifted to Aurobindo Hospital around 3 pm on April 8 but the doctors treating him held out little hope of his recovery by then," said a relative.

A relative told Outlook that Panjwani may have survived had he not tried self-medication and wasted three crucial days but added that what followed since his first hospitalisation also shows that the administrative and health systems in the state to deal with the pandemic need massive improvement and better efficiency.

"In a span of one week, he changed three hospitals. His condition was already quite bad when they moved him to Aurobindo. The doctors at the previous hospital had told the district administration of the risk involved in shifted a patient who is already in a critical state but the administration did not listen," the relative said.

Panjwani is survived by his wife and three sons, who are settled in Australia.