The new-born was recovered from the Amritsar-Howrah Express train by sweepers on Saturday afternoon when the train stopped for cleaning. 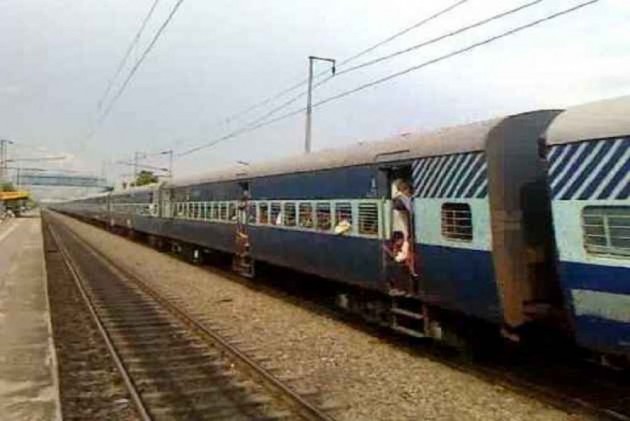 A baby boy, who was flushed down the toilet of a train in Amritsar but was miraculously recovered alive by sweepers cleaning the train, was on Sunday being treated at the Amritsar Civil Hospital, officials said.

The new-born was recovered from the Amritsar-Howrah Express train by sweepers on Saturday afternoon when the train stopped for cleaning.

The baby, who appears to be just one-day-old, was apparently abandoned and flushed down the train toilet.

The Government Railway Police (GRP) and authorities in the Punjab city of Amritsar were investigating the matter.

CCTV footages at railway stations were being examined to ascertain who was behind the act.

The sweepers have told the GRP that a 'dupatta' (traditional stole) was found tied around the neck of the infant prompting suspicion that it was done in order to strangulate it before flushing it down the toilet.

However, the baby did not fall from the train toilet.

A doctor at the Amritsar hospital on Sunday said the baby, who was found without any clothes and was shivering, was out of danger.

Police officials and doctors said that the infant was lucky to have survived despite being dumped "so mercilessly and left in the winter cold in the toilet flush".

The GRP has registered a case under Indian Penal Code's Section 317 against unidentified persons for exposure and abandonment of child under twelve years, by parent or person having care of it.