Rajasthan Chied Minister Ashok Gehlot pointed at the rising inflation in the country and took a dig at the Modi Government for 'gifting' it to the Indians on Diwali. 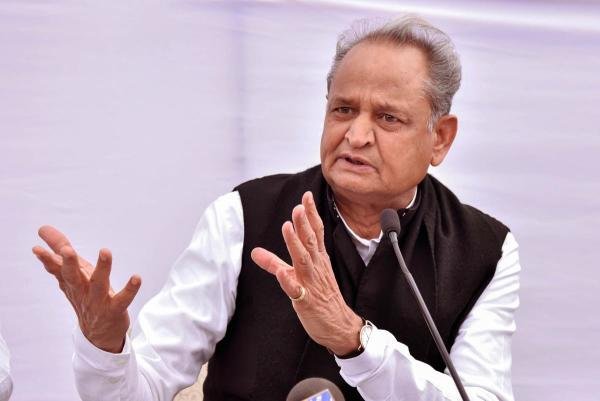 Rajasthan Chief Minister Ashok Gehlot on Tuesday slammed the Centre, saying the 'Azadi Ka Amrit Mahotsav' to commemorate 75 years of India's independence will instead be remembered for seeing record increase in prices of petrol, diesel and LPG.

He also said that it seems that the Narendra Modi government has given people inflation as Diwali gift.

"Looking at the way the prices of petrol, diesel, LPG, edible oil and vegetables are increasing, it seems that the Modi government has given a Diwali gift of inflation to the people," Gehlot tweeted in Hindi,

LPG Price Hiked Ahead Of Diwali. Check What It Costs In Your City

Fuel Prices Rise Again. How Does It Affect Your Finances?

"Earlier governments used to try to minimise inflation before festivals so that the common people could celebrate a festival with joy and happiness," he said.

The chief minister said that just three days before Diwali, the Modi government has made arrangements to make sweets expensive by increasing the price of commercial LPG cylinders by Rs 266.

The chief minister said that the rate of petrol has increased to Rs 116 per litre and that of diesel to Rs 108 per litre, while the price of domestic LPG gas cylinder has increased by Rs 305 from Rs 598 to Rs 903 in one year.

"Our government has distributed scooties to meritorious girl students to facilitate transportation to college but the girls are asking the Modi government how to buy such expensive petrol?" he said.