The dissent order says authorities had "non-negotiable obligation" to enforce the judgements as it was necessary to preserve rule of law. 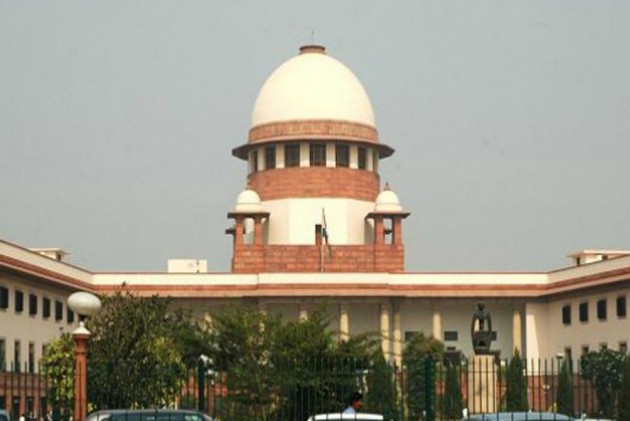 The government must read the "extremely important dissent" verdict in the 3:2 majority judgement pronounced by the Supreme Court in the Sabarimala case, Justice R F Nariman said on Friday.

Justice Nariman had penned the dissenting order on behalf of himself and Justice D Y Chandrachud in Thursday's judgement.

Justices Nariman and Chandrachud, who were a part of the five-judge Constitution bench in the Sabarimala case, on Thursday dissented from the majority verdict and dismissed the plea seeking review of the apex court's earlier judgment allowing entry of women of all ages to the Sabarimala temple.

He made these comments to Mehta when the court was hearing an appeal filed by the Enforcement Directorate challenging the Delhi High Court verdict granting bail to Karnataka Congress leader D K Shivakumar in a money laundering case. The SC dismissed the ED plea.

What does the dissent judgment say?

Terming the denial of entry to "unarmed women" into the Sabarimala temple as a "sad spectacle", the minority verdict by the Supreme Court on Thursday had held that enforcement of its 2018 order is "non-negotiable" and no person or authority can flout it.

It had said the Constitution places a "non-negotiable obligation" on authorities to enforce the judgements as it was necessary to preserve rule of law and directed strict compliance with its September 2018 decision allowing girls and women of all ages to enter the hill-top shrine in Kerala.

"If those whose duty it is to comply were to have discretion on whether or not to abide by a decision of the court, the rule of law would be set at naught. Compliance is not a matter of option. If it were to be so, the authority of the court could be diluted at the option of those who are bound to comply with its verdicts," it had said.

"Today, it is no longer open to any person or authority to openly flout a Supreme Court judgement or order, given the constitutional scheme," the verdict had said.

However, the majority verdict, written by Chief Justice Ranjan Gogoi for himself and justices A M Khanwilkar and Indu Malhotra, decided to refer to a larger 7-judge bench the pleas seeking review of the 2018 judgement allowing women and girls of all ages to enter the temple which is all set to open on November 17.

Since the majority verdict kept the review pleas pending for a 7-judge bench and did not stay its September 28, 2018 majority judgement, girls and women of all age groups will be entitled to undertake the pilgrimage to the shrine.

Justice Nariman had said it was restating constitutional duties "in the light of the sad spectacle of unarmed women between the ages of 10 and 50 being thwarted in the exercise of their fundamental right of worship at the temple".

The majority verdict further said that whoever does not act in compliance of apex court judgements, "does so at his peril".

It had also directed the Kerala government to comply with the September 2018 decision of the apex court by widely publicising through television and newspapers.

It had further directed the state government to take steps to secure the confidence of the community in order to ensure the fulfilment of constitutional values.

Justices Nariman and Chandrachud had also disagreed with the majority view to refer to a larger bench the review and fresh pleas challenging the September 2018 decision of the apex court as well as other matters pertaining to discrimination faced by women of other religions.

It had said this was a ground that "must be rejected", as "there is no error apparent" and the point, which was argued extensively before the earlier Constitution bench, was being reargued in review.

It had also rejected the "emotive" argument that women being kept out of Sabarimala as the deity was a 'Naisthik Brahmachari' (perennial celibate), who would be disturbed by the presence of women between the ages of 10 and 50, as he has undertaken a vow of celibacy, saying the point was being re-argued.