Injuries sustained by Bengal CM Mamata Banerjee were caused due to lapses on part of her security personnel, sources close to the Election Commission said 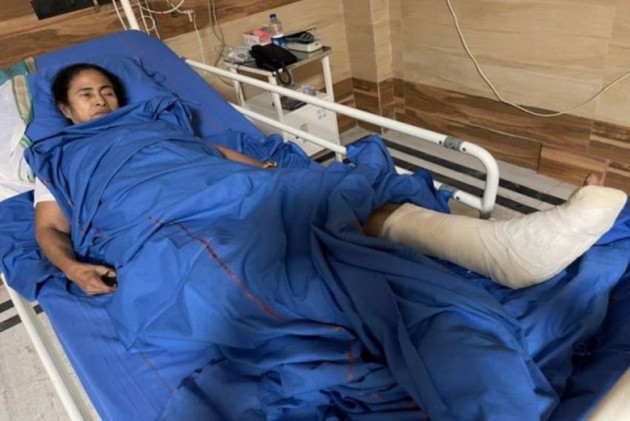 The Election Commission has ruled out the possibility that West Bengal Chief Minister Mamata Banerjee was attacked while campaigning in Nandigram, sources close to the poll body said on Sunday.

The development comes just days after the Bengal government submitted its report on the incident to the EC.

The TMC supremo was injured while campaigning on Wednesday and suffered severe injuries in her left ankle and foot and right shoulder, forearm and neck. She was rushed to SSKM Hospital in Kolkata from Purba Medinipur district through a green corridor and was kept under observation for 48 hours. She was discharged from the facility on Friday.

Soon after the incident, Banerjee had claimed that she was “attacked” by “four-five” unknown persons. She had also alleged that the “attack” was part of a “conspiracy” being hatched against her.

However, after reviewing the reports sent by its two special poll observers and the state government, the EC concluded that Banerjee sustained injuries due to lapses on part of her security personnel.

The EC will issue directions in this regard, the sources aware of the development said.

They further said that Banerjee was not using a bullet proof or an armoured vehicle despite being a star campaigner and it was a lapse on part of those responsible for her security.