During a raid on the associates of DMK Treasurer Durai Murugan, IT officials were shocked to find Rs. 200 notes packed in plastic covers with names of the wards of an assembly segment marked on them. 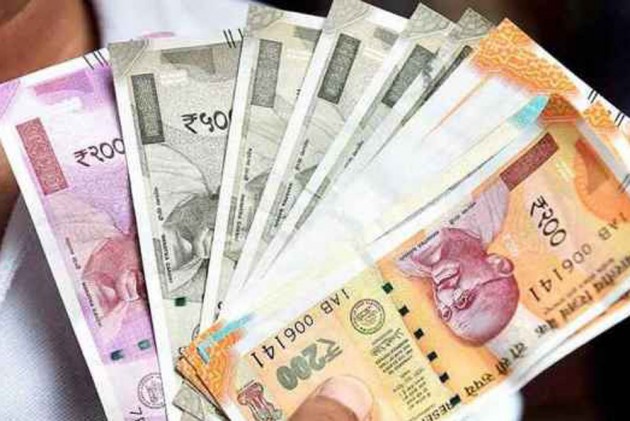 The Income Tax raids on the associates of DMK Treasurer Durai Murugan in and around Vellore and seizure of nearly Rs. 20 crores cash has not only left the DMK red faced but has also exposed the use of money power during elections in the state. Now the question is if election to the Vellore seat would be cancelled as in the recent past.

IT officials during the raid on a cement godown of Srinivasan, an associate of Durai Murugan who was the PWD Minister in the DMK government, on Sunday night and Monday morning were shocked to discover money stacked in carboard boxes and gunny bags. The brand new Rs. 200 notes were packed in plastic covers with names of the wards of the assembly segment marked on them. Also found in the godown were lists of voters - ward and booth wise clearly pointing that the money was to be used as bribes. The IT officials also found Rs.5 crores in cash in the house of Durai Murugan’s secretary.

Durai Murugan disassociated himself and his son Kadhir Ananad, who is the DMK’s LS candidate from Vellore, with the recovered cash and described it as a crass attempt to deny a certain victory for the DMK in Vellore. “They think such raids will disrupt our campaigning and change the minds of the voters who have already chosen the DMK,” an unfazed Durai Murugan told reporters at Vellore.

Bundles Of Cash Seized From Cement Warehouse In TN

In spite of the bravado Kadhir Anand has approached the Madras High Court saying his campaign should not be interrupted by constant raids by the IT department and other agencies. But the DMK has been embarrassed by the entire episode since its opponents are questioning how Durai Murugan got so much cash when he has not been a Minister since 2011. They are also talking about a hawala angle with money having come from abroad. Kadhir Anand runs a private engineering college in Vellore from where the cash was shifted sensing the IT raid which happened at the college and Durai Murugan’s house on March 30. Since the initial raids yielded only Rs.Ten lakhs, IT officials lay in wait to detect any movement from the college.
Tailing a convoy of cars from the college (that carried bundles of empty envelopes) on Sunday night led them to the godown which yielded the cash haul.

The discovery of the cash has also exposed that money plays a huge role in elections in TN as voters now expect for votes, after the DMK made it popular during an Assembly byelection in Thirumangalam in 2009 by its famous Thirumangalam formula of reaching cash to voters along with morning newspapers and milk sachets. Hence the currencies were found packed in neat packets to be repacked in the envelopes for easy distribution by the DMK workers ahead of the election day.

The cash discovery could actually lead to the cancellation of the election to the Vellore seat and also the byelection to an assembly seat coming under it. The EC had cancelled elections to Aravankurichi and Thanjavur during the 2016 Assembly elections and later in RK Nagar in April 2017 citing massive flow of money to influence voters. The state CEO has said that once the report form IT is submitted to the EC, the commission would take a decision on the report.