Inspired By 'Money Heist', Three Criminals Rob A Jewellery Store In UP

The mastermind of the robbery (Professor) was none other than the salesman at the store. 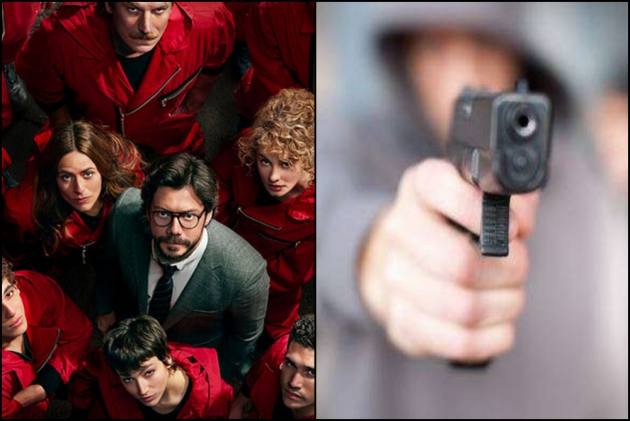 Have you ever been a fan of a show or an actor and tried to imitate the characters? Something similar happened in Lucknow after three men got inspired after watching crime web series 'Money Heist' on Netflix and planned a robbery in Gomti Nagar area.

They robbed a jewellery store on Saturday. However, police cracked the case and arrested them. As per Free Press Journal, the mastermind of the robbery (Professor) was none other than the salesman at the store. Pradeep has set up the entire crime scene – he dressed one of his accomplices in a burqa and asked him to speak softly before enacting the enacting the heist.

Sandeep Gupta, the third accomplice, who provided the getaway car was also nabbed with Imran and Pradeep.

Assistant commissioner of police (ACP), Gomti Nagar, Shweta Srivastava, who led the operation was quoted by FPJ as saying, “The three were arrested after interrogation, non-stop surveillance and CCTV footage that provided clinching evidence. We also recovered ornaments worth Rs 15 lakh, the car, burqa and sneakers worn by Imran.

"We waited for the heat to die down and interrogated Pradeep after conducting a thorough investigation. During sustained grilling, Pradeep broke down and owned up to the crime after which his aides were arrested," said the ACP.

"A day before the robbery, the accused hammed out the plan, but in haste, Imran forgot to change his shoes while stepping out of the car. The accused also failed to notice a functional CCTV just next to the jewellery shop," said the police officer.