Congratulating General Bipin Rawat for his appointment as the country's first Chief of Defence Staff (CDS), Prime Minister Narendra Modi said he is an outstanding officer who has served India with great zeal. 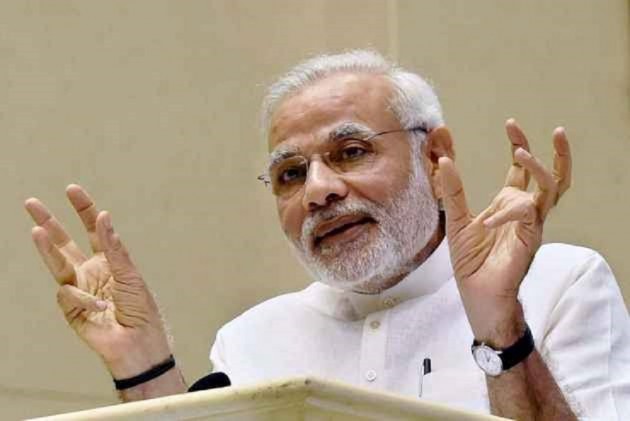 The creation of the Department of Military Affairs and institutionalisation of the post of Chief of Defence Staff are momentous reforms, Prime Minister Narendra Modi said on Wednesday.

Congratulating General Bipin Rawat for his appointment as the country's first Chief of Defence Staff (CDS), Modi said he is an outstanding officer who has served India with great zeal.

"Creation of the Department of Military Affairs with requisite military expertise and institutionalisation of the post of CDS is a momentous and comprehensive reform that will help our country face the ever-changing challenges of modern warfare," the prime minister tweeted.

The "institution"of CDS carries tremendous responsibility of modernising the country's military forces, and reflecting the "hopes and aspirations" of 1.3 billion Indians, Modi said.

"As the first CDS takes charge, I pay homage to all those who have served and laid down their lives for our nation. I recall the valiant personnel who fought in Kargil, after which many
discussions on reforming our military began, leading to today's historic development," he tweeted.

The appointment of Gen Rawat as CDS came in for criticism by Opposition parties with the Congress raising several questions over the issue, saying the government has started on a "wrong foot".

Gen Rawat took charge as CDS on Wednesday. He will be able to serve the post for a period of up to three years after the government amended the rules extending the age of retirement to 65 years.

The Cabinet Committee on Security had, in a landmark decision last week, approved the creation of CDS, who will act as the principal military adviser to the defence minister on all matters relating to the tri-services.

A key mandate of the CDS will be to facilitate restructuring of military commands for optimal utilisation of resources by bringing about jointness in operations, including through establishment of joint and theatre commands.