Congress' chief spokesperson Randeep Surjewala cited a media report, which claimed that the government, in a bid to seek 'secretive funds' overrules the RBI over the issue of electoral bonds 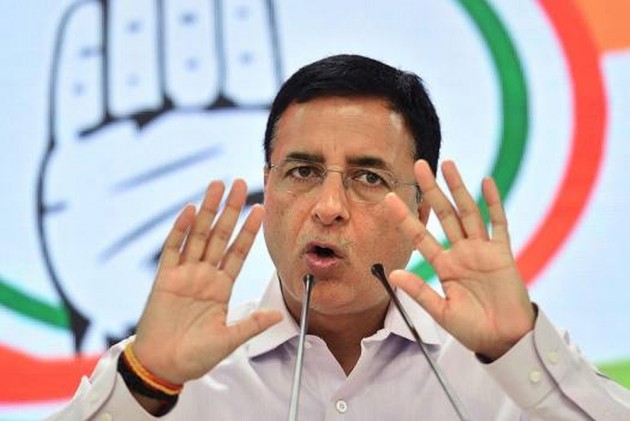 The Congress on Monday alleged that electoral bonds became instruments of anonymous donations bordering on "opaque money laundering" and asked the Modi government to answer how many thousand crores were received by the ruling BJP through them.

The Congress also alleged that the Modi government had overruled the RBI to introduce electoral bonds to enable "black money to enter the BJP coffers" and demanded that the scheme be scrapped immediately.

Will the Modi Govt answer-

Congress spokesperson and MP Rajeev Gowda alleged that the government seeking the RBI's nod just ahead of the unveiling shows it was done in a "perfunctory" manner and the Central bank's reservations were dismissed in haste.

"It appears that while the BJP was elected on the promise of eradicating black money it was busy lining....its own pockets with exactly that! What a shameful betrayal of the Indian people," she said on Twitter.

Addressing a press conference, Gowda termed the electoral bond scheme "fraudulent" and claimed that it eliminates a level-playing field.

"It is a fraud on the people of India. It is a fraud on the electoral process. It eliminates the level playing field that needs to be there in a true democracy. It brings in opacity and this opacity was objected to by the Election Commission of India," the Congress MP said.

He alleged that the government brought the scheme as a money bill so that changes cannot be made in it in the Rajya Sabha.

"The Congress party has opposed the electoral bond scheme because it lacks transparency, it lacks fairness... we demand that the BJP government, if it has nothing to hide, must reveal the entities who have bought the bonds and to what extent," Gowda said.

"We demand that the BJP government explain to the people of India what policy favours, including the selling of public assets to crony capitalists, have taken place as a result of electoral bond transactions," he said.

The Congress also demands the immediate scrapping of the electoral bond scheme which even the RBI and the EC have questioned because it is opaque and is a "money laundering scheme", Gowda added.

"We demand an inquiry into how the finance ministry took decisions to overrule the RBI to establish this corruption-inducing scheme and we urge the government to come clean," he said.

Gowda alleged that electoral bonds worth at least Rs 6,000 crore have been sold since March 2018 and the BJP has garnered more than 95 per cent of the money.